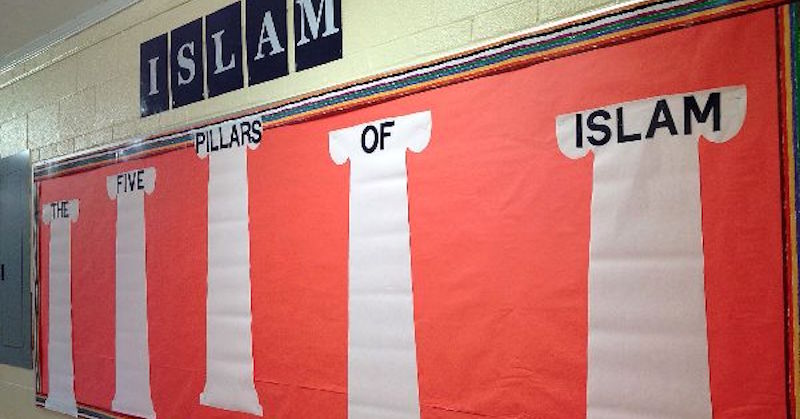 Two Maryland parents have filed a lawsuit against the local public school for pushing Islam on students at the expense of other religions.

The suit, filed on behalf of a Marine father and his wife, came after their daughter was forced to complete homework assignments that seemed to endorse Islam. 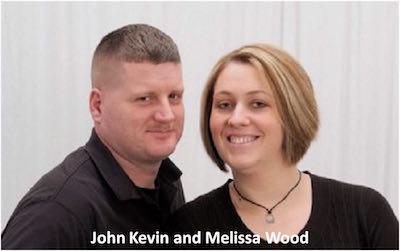 The Thomas More Law Center – representing the parents – are charging the district and school with violating the students’ constitutional rights, the Washington Free Beacon isreporting.

The lawsuit was filed against the Charles County Public schools and the principal and vice principal of La Plata High School.

John Kevin Wood – an eight-year veteran with the Marines – and his wife Melissa discovered their daughter’s World History homework amounted to Muslim propaganda. They were instructed to write out the Islamic creed – called the “Shahada.” The mantra – also said by Muslim radicals right before committing a terrorist act, reads: “There is no god but Allah, and Muhammad is the messenger of Allah.”

When recited by non-Muslims, it is considered to be the first step toward conversion to Islam.

This is not the first school to be charged with trying to indoctrinate students. Aschool in Virginiaalso made students write out the “Muslim Statement of Faith” as a homework assignment. In that case, teachers said they were merely trying to get students to appreciate the complex calligraphy of the Arabic language.

Students at the Maryland school were also required to memorize and recite the “Five Pillars of Islam” and – according to the lawsuit – were subjected to critical teachings about Christianity.

In one handout, it reads “Most Muslim’s faith is stronger than the average Christian.”

Two weeks were given in the class to examining and studying Islam, while only one day was devoted to Christianity.

When the Marine father learned of the lessons prioritizing Islam, Wood, who is Christian, contacted the school and demanded alternative assignments for his daughter. The school refused to allow his daughter to opt out of the assignments and threatened her with failure if they were not completed. She elected not to complete the worksheets.

The complaint charges that the school discriminated against Wood’s daughter “by removing her from the academic environment of her World History class, relegating her to the student library, and issuing her failing grades on assignments because [she] refused to deny and insult her Christian beliefs.”

The Thomas More Law Center – representing the parents – said Islamic indoctrination in our schools is happening in public schools across the country.