A Berkeley middle school teacher who was videotaped pummeling a man during a 2016 protest is arguing that what she did was not a crime.

It was last June during an “anti-fascist” demonstration when Yvette Felarca, 47, encountered a man who is apparently a “Neo-Nazi.” Felarca is a member of a group called “By Any Means Necessary” (BAMN). She was finally arrested last month and charged with felony assault and two misdemeanor counts of inciting and participating in a riot.

In the video, the petite Felarca is clearly shown pummeling, shoving, and pushing down the man, who has his hands raised the entire time. ABC10 reports the man was trying to get the attention of the police for help. 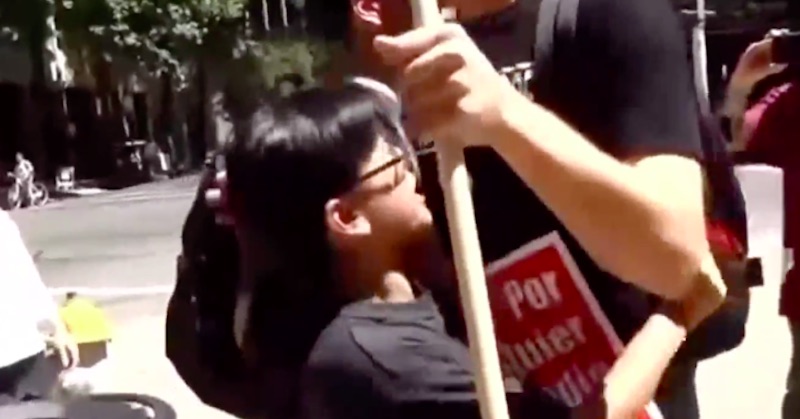 During his arraignment – with her supporters outside declaring that it’s not a crime to “punch a Nazi” – she told the court that the charges against her were false and should be dropped.

“Standing up against fascism and the rise of Nazism and fascism in this country is not a crime,” she said. “We have the right to defend ourselves.”

Back in 2016, Felarca told reporters that the goal of the demonstration was to “shut down the Nazi scum.”

“They are organizing to attack and kill us,” she said at the time. “So we have a right to self-defense…That is why we have to shut them down by any means necessary.”

She continues to teach and can not be legally fired unless she is convicted of a felony. 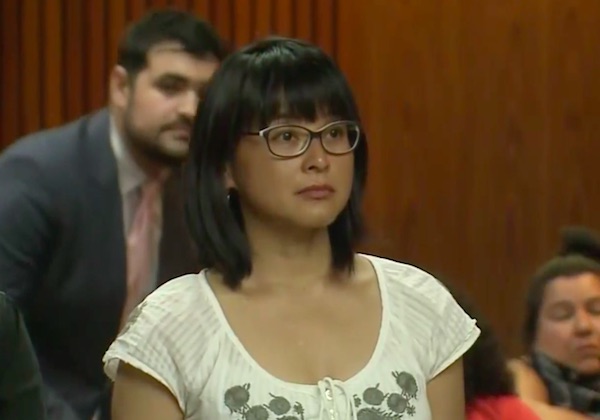 The group that BAMN were protesting are the “Traditionalist Worker Party,” which many claim is a front for Neo-Nazis. Their propaganda page is full of racial tropes and posters.

She should be in jail, in this country, we do not take the law into our own hands, period! https://t.co/To0yBWTvQz

It’s amazing that these groups think that they can violently assault another human being without suffering the consequences.

Whatever the man’s politics, he posed no threat to anyone at that time. He wasn’t even defending himself or fighting back.

One of the definitions of fascism is the belief that violence is an acceptable political tatic.

By that definition, the BAMN folks are the fascists they claim to fight.