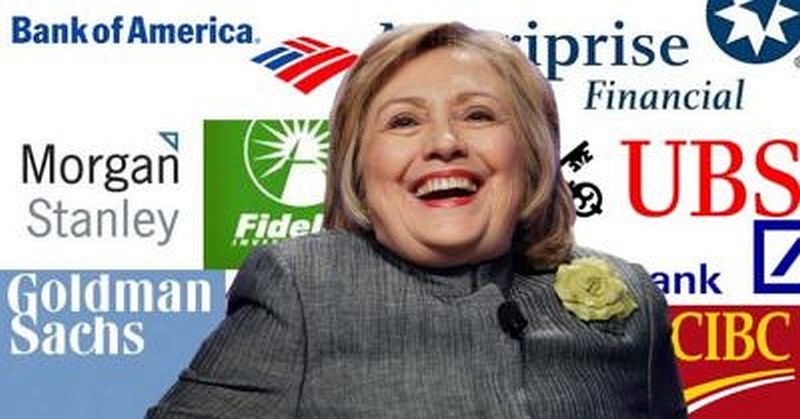 Hillary “catastrophe” Clinton is proving to be the nightmare of a presidential candidate that none of the hotshots at Democratic party headquarters bothered to understand. This despite her being “schlonged” by the smooth talking young hustler Barack Obama eight years ago.

That rejection of Mrs. Clinton should have served as a wake up call to the Democrats, that despite what would be a history-making vagina, that Hillary was far less of a sure thing with the actual voters than she is with the donor class and the party poobahs.

That was in 2008 too, and now that the 2016 election has become something that will be dissected by historians and analysts for decades, it is likely going to prove as fatal a misjudgment as it was when Hitler went all in on taking Stalingrad.

In an election that is becoming more of a non-violent revolt against a corrupt establishment than the usual advance auction of stolen goods, Mrs. Clinton is in yuuuge trouble and it is probably already far too late for a course correction. With each passing day it becomes more evident that Hillary is a creature of the oligarchy, and her election would lead to more war abroad and forced austerity at home to protect the interests of the top one-percent.

Much like Der Führer, Hillary is mired in a two-front war with both Donald Trump and Bernie Sanders, holding the moral high ground on the cancer of globalism and its role in creating an ever-expanding American diaspora of those whose lives have been ruined and the futures of their children stolen away by the parasites who back influence peddlers like Hillary. Barring the establishment miraculously finding a silver bullet to slay Trump, the Clinton restoration is in very deep trouble because the Democrats really bought a pig in a poke this time.

Politico magazine reports on Democrat Armageddon in the piece “How Hillary Loses”:

It’s a terrifying moment for Democrats: Hillary Clinton’s double-digit lead in national polls has evaporated and panic is beginning to set in. Polls now show Donald Trump ahead of Clinton, or at worst only a few points behind. During the insanity of the Republican primary, it was easy for them to believe that Trump could never be president—that in a general election, mainstream voters would regard him as an absurdity. But Clinton remains a shaky candidate with historically high negatives, an email scandal that keeps getting worse and a stubborn primary opponent whose supporters may yet become a midsummer nightmare in Philadelphia. Meanwhile, the Republicans, seemingly in all-out civil war just weeks ago, have quickly fallen in line. Democrats are resigning themselves to a tough, ugly, painful and expensive street fight.

It’s lengthy, and the whole article can be read here.

The piece does end with a bit of hopeful turd-polishing, though; that Hillary and the establishment will ultimately eke it out. However, as former New York Times war correspondent-turned-leftist agitator Chris Hedges once put it, “positive psychology is to the corporate state what eugenics was to the Nazis.”

Such a thing, if it can accurately described as “thinking,” has enabled the destruction of this once great country.

The Cliff Notes version is summed up by the good folks over at Breitbart News in their article “Politico Magazine: Trade Will Give Donald Trump Ohio, Wisconsin, Michigan”:

A Friday piece in Politico Magazine warns that a Hillary Clinton “fumble on trade” could give Donald Trump wins in Ohio, Wisconsin, and Michigan in a general election contest.

In a piece entitled, “How Hillary Loses,” David S. Bernstein writes that the new polls showing Trump ahead of Clinton represent a “terrifying moment for Democrats.”

While Bernstein says one should not read too much into the early polls, he argues that the polling numbers reveal that “there is now a clear path for her to lose” the election.

In particular, Bernstein explains that trade could win Trump Ohio, Wisconsin, and maybe Michigan. Bernstein’s warning in Politico echoes earlier concerns published by the liberal, anti-Trump Huffington Post, which similarly outlined how Trump’s position on trade could deliver him to victory against Clinton.

The devastating indictment on Clinton can be read in its entirety here.

In a nutshell the Democrats are doomed. They went all-in on Hillary and she is going to take the party down with her when she implodes. The only one who even broaches the topic of an American middle class that has been alienated politically and hosed economically is Bernie Sanders. But he is a renegade socialist crank targeted for termination with extreme prejudice by the party itself, which turned its back on working folks decades ago.

For Americans who had largely given up hope prior to the phenomenon of the Trump revolution, there is only one game in town and it ain’t Hillary.