Rap legend P. Diddy or Sean “Diddy” Combs is apparently so convinced that President Donald Trump is on verge of sparking a “race war” in the United States that the ridiculously wealthy rapper has taken it upon himself to launch a particularly exclusive new political party.

The name gives it away, but his new political party has been named “Our Black Party” and it’s exclusively for black Americans, according to Breitbart.

Diddy has been working overtime on social media to spread the message about his new initiative, with calls to “banish” Trump from the White House.

The NUMBER ONE priority is to get Trump out of office. HE HAS TO GO. We can’t allow this man to continue to try and DIVIDE US. The people that have the most responsibility and should be SCARED TO DEATH of this man are white people. WE ARE ON THE VERGE OF A RACE WAR.

The movement, which appears to have serious resources in the form of money and backing from other high-profile African Americans, is Diddy’s answer to gear up for a “race war” that he’s convinced will take place under the Trump administration, should he win a second term.

“If Trump gets elected, I really do believe in my heart there will be a race war,” Diddy said. “That’s why this message is not just the black people, you know, I’m saying this message is to everybody. This man is really trying to turn us against each other and put us in a situation. America messed up.”

Here’s a quick clip of Diddy demanding that the president be banished, while falsely accusing Trump of extreme levels of racism.

This man literally threatened the lives of us & our families. White men like Trump need to be banished.

Not surprisingly, especially given his star power, Diddy’s black political party is grabbing attention and kudos from many liberal mainstream and alt-media outlets, especially on social media.

But imagine, if you will, a white celebrity announcing the formation of a White-only political party and then imagine the backlash and fallout from such an absurd proposition, including the high likelihood of demonstrations in the streets over such a racist idea.

But since it’s Diddy, forming a race-exclusive party is apparently no big deal.

The rapper had some interesting additional thoughts on Trump during an interview with Charlamagne Tha God, in which he — somewhat — praised the president’s “shrewd” business acumen, before making a wild proclamation that God put Trump into politics to expose “hidden” racism.

“But God had different plans for him. God wanted to use him in this moment for change. He wanted to use Trump to expose the the the level of racism that’s been hidden,” he said.

Diddy went on to talk about his support for Joe Biden and the importance of putting him in office, but also made clear that he will hold Biden accountable.

“We need to get Biden in and hold him accountable. Trump has taken things too far. As Black people, we aren’t even a topic of real discussion. We can no longer stand for doing the same thing over and over expecting different results. That’s insanity! It’s time we unify,” Diddy said.

Only time will tell if Diddy’s black-only political party will be embraced by the masses and grow political legs. For now, it has the outward appearance of nothing more than a celebrity PR stunt. 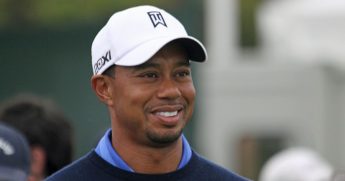