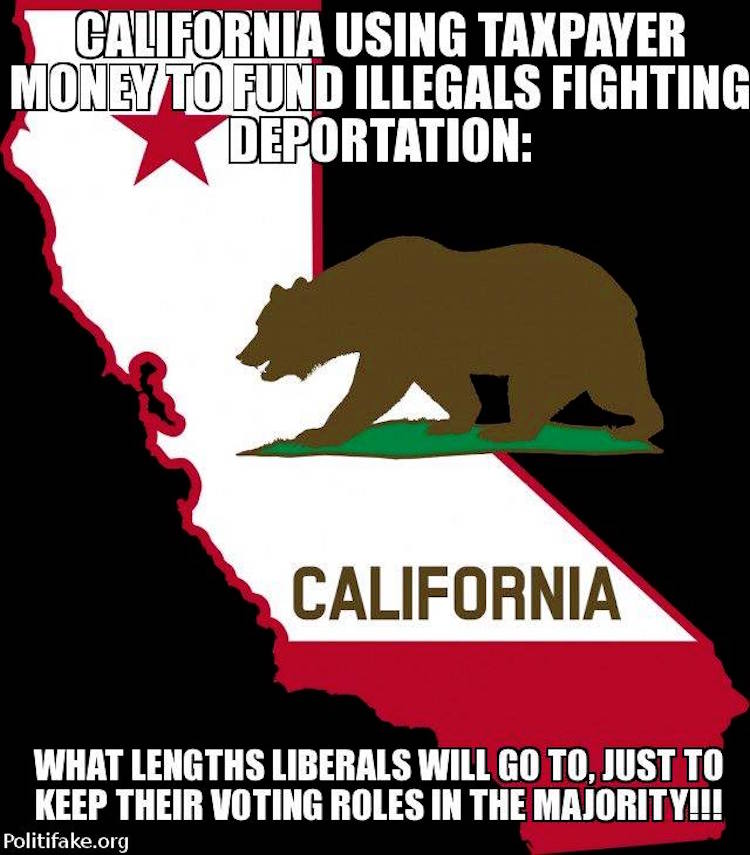 V. Saxena laments that most people tend to get smarter as they age, officials in California appear to only grow dumber and dumber.

Why? Why else? They’re idiots …

“The reality is there is a lot of fear, [and] we can alleviate that fear,” moaned councilman Eric Guerra, according to The Sacramento Bee, referencing the Trump administration rightly cracking down on illegal immigration.

Well, cry me a river then …

How Much Are They Looking To Spend? Up to $300,000 for a network of “legal, educational and faith-based nonprofit groups that will help residents with immediate immigration problems and advise them how to protect children and assets if parents are deported,” according to the Bee.

I understand the desire to help illegal immigrant children whose parents are deported, but why can’t illegal immigrants in general — particularly the adults, of course — help themselves by returning to their home countries and applying for legal entry?

The point is that they willingly choose to violate the law, meaning that they really don’t deserve any help whatsoever — especially not on the backs of law-abiding citizens.

How Do Locals Feel About This? I suspect it depends on their political loyalties, but there has definitely been some backlash.

For instance, Jennifer Garets, a board member of Sacramento Republican Women Federated, opposes this move.

“I think it’s disgusting,” she said. “I don’t think that taxpayer money should be used to support this. I’d rather it be given to the homeless.”

Is Anyone Else Doing This? Sadly, yes. As reported by Fox News, officials in Providence, Rhode Island; Austin, Texas; Newark, New Jersey; San Francisco, California; and other communities have either approved similar measures or expressed support for them, despite some of these communities struggling with debt issues.

“It is simply bad public policy to be spending public funds at a time when everyone is strapped for cash and cannot fund the money for vital services,” argued Ira Mehlman, spokesman for the Federation for American Immigration Reform (FAIR), which supports tougher immigration laws.

“Even if they are relatively small funders, they are directing much-needed resources from schools and roads to meet the political desires of lawmakers.”

Can YOU Do Anything To Stop This? Leave California, stat, and take your money elsewhere! Maybe, just maybe, over time officials in this crazy state will then wake up and realize this is insane.