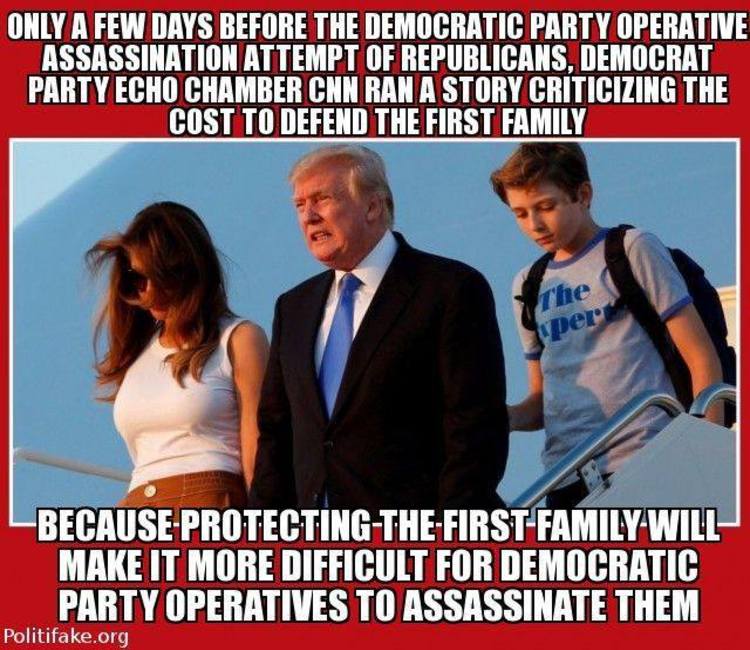 The play features a representation of President Trump in Julius Caesar.

It is hardly surprising then that a play which features the bloody stabbing and death of President Trump would be controversial, especially after the recent shooting of GOP participants of the Congressional Baseball Game for Charity, which critically injured Congressman Steve Scalise and lobbyist Matt Mika, and wounded four others.

Nonetheless, the two protesters were met only with boos from the crowd.

Another protester, identified as Jack Posobiec, rose to his feet and yelled, “The blood of Steve Scalise is on your hands” and “Goebbels would be proud.”

Video of the incident was quickly posted on social media. It showed the crowd booing as an announcement was made that the show was briefly halted.

Loomer was arrested and Posobiec was escorted out of the Shakespeare in the Park theatre complex located in Central Park.

There certainly should be concern, yet many of those present at the performance didn’t seem to get it.

A play which draws crowds who want a chance to see a portrayal of Trump’s assassination, like it and see nothing wrong with that, didn’t cancel or even postpone performances after the recent shooting, even while Scalise remains in critical condition.

Yet the audience seemed oblivious to their distastefulness, not even bothering to listen to a few words against violence, instead drowning them out with boos, only wanting the show to go on.