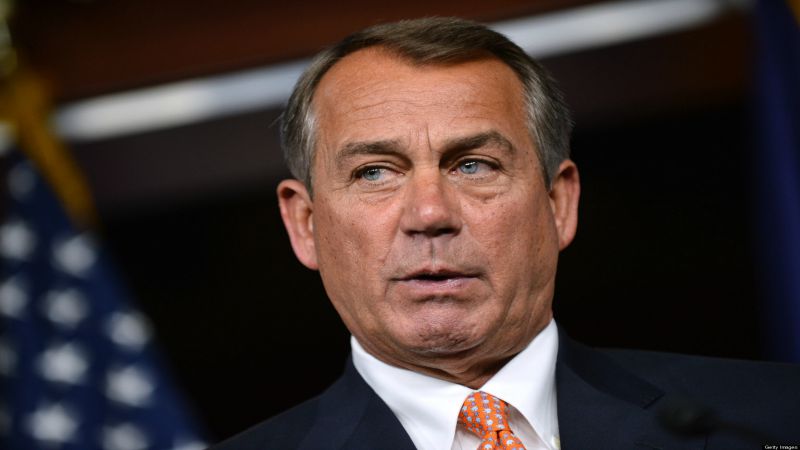 Apparently Republican Speaker of the House John Boehner is a bigger moron that he appears.

Some in Congress and across the country have wanted to defund Planned Parenthood for a long time now because they are a vile and despicable organization who have reigned abuse on Americans for decades.

And that was BEFORE the outrageous videos came out last week that show they harvest dead baby body parts.

Planned Parenthood should be defunded for many reasons but the Daily Signal provides 8 to help move Bonehead along. Here are a few of them:

House Speaker John Boehner said Thursday that he needs “more facts” before using the appropriations process to end federal funding to Planned Parenthood. The most recent reports of harvesting and selling body parts from aborted unborn babies have renewed the call to end the more than half a billion dollars that the organization receives in government funding each year.

Planned Parenthood has ridden the waves of taxpayer funding to millions of dollars in annual surpluses. During its last reporting year, like many before it, the organization reported revenues over expenses exceeding $127 million and net assets of more than $1.4 billion. During that same year, Planned Parenthood received over $528 million in taxpayer-funded grants and reimbursements from federal and state coffers – 41 percent of the organization’s total revenue. As a Government Accountability Office report released this past March demonstrates, a large portion of that taxpayer money comes from a variety of federal sources, including Title X and Medicaid.

Planned Parenthood Has Been Accused of Financial Fraud with Taxpayer Dollars

Along with its many challenges to commonsense state laws regulating abortion doctors and clinics and fighting a bill in Congress to limit dangerous and gruesome late-term abortions, Planned Parenthood has even opposed legislation that would protect infants born alive after failed abortions. More recently, Planned Parenthood was involved in attempts to derail an anti-human trafficking bill in Congress because the legislation included a longstanding and widely-supported policy against taxpayer funding of abortion.

Women Can Receive Wider Range of Care at Other Centers

Health care services are already being provided for those who need them without unethical practices or entanglement in abortion. More than 2,000 pregnancy centers provide medical testing, prenatal care, ultrasounds and child-birth classes, among other services to women facing unplanned pregnancies, empowering them with life-affirming options.

In addition to those resources specifically for pregnant women, the federal government funds roughly 1,200 federally qualified health clinics across the country that served

21 million people in 2012 alone and often provide birth control options, cancer screenings and women’s health exams, not to mention a wide-range of primary health services for women, children and men.

There are a slew of other reasons as well but the point is that Boehner has got to have something seriously wrong in his brain to not want to defund Planned Parenthood.

It’s not about being pro-choice or pro-life. It’s not even about abortion.

It’s about TAXPAYER dollars being doled out to an organization that abuses the very people who are providing that money to them.

It’s about taking tax dollars away from one of the most vile and despicable organizations in the country.

Why in the hell does Boehner need more facts to do the right thing?