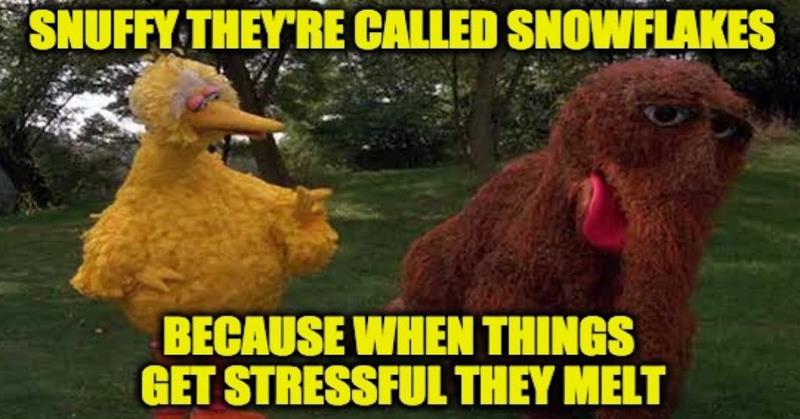 Research has concluded that – essentially – 74 percent of whiny babies will whine when you call them a baby.

That’s the stunning announcement from insurance firm Aviva, who found that 72 percent of millennials (those between 16-24) think the term “snowflake” is unfairly applied and 74 percent said it could have a “negative impact” on their mental health.

The study is just of young people in the UK, but there’s not reason that British snowflakes would be any different from American snowflakes. The Telegraph reports:

The figures also show that young people are more likely to have experienced stress, anxiety and depression in the last year.

Almost half of adults between 16 and 24 said they had experienced stress or anxiety, compared to just over a third of all UK adults.

Young adults were also more likely to be uncomfortable talking about a mental health problem, with one in three saying this compared to 27 per cent of all adults.

13 per cent also said they were experiencing a problem but had not sought help, compared to seven per cent of all adults.

Aviva’s medical expert, Dr. Doug Wright, said the term “snowflake” is problematic. ““Our findings suggest that young adults are more likely to be experiencing mental health problems, so using a phrase which criticizes this age group could add to this issue,” he said. “Any term used disparagingly to a segment of the population is inherently negative.”

The phrase – which many believe originated with the 1999 film “Fight Club” refers to college-age young people who are “triggered” by potentially distressing material and demand “safe spaces” so they can be free from unsavory opinions or ideas. The film contains the line: “You are not special. You are not a beautiful and unique snowflake.”

“While young adults in particular appear to take offence to the ‘snowflake’ label, the majority of adults agree that the term is unfair and unhelpful, so it’s important that people consider how such labels are used, and the cumulative effect they could have on their recipients,” Dr. Wright said.

Researchers have found that members of the “Snowflake Generation” are “genuinely distressed by ideas that run contrary to their worldview;” they are more likely than previous generations of students to report that they have mental health problems.”

Generation Snowflake was created by over-protecting people when they were children and the emphasis on self-esteem in childhood resulted in adults “tiptoeing around children’s sensitivities” to avoid “damaging their wellbeing.”

Either way, the fact that whiny babies will whine when you call them babies is just perfect.

In the US, some colleges have had to create “safe spaces” for student to be free from ideas they find unpalatable and include “trigger warnings” in syllabi to “protect” students from thoughts or ideas that they might not like.

What do you think? Will the younger generation “toughen up” or will these people grow up to be big babies? Sound off below! 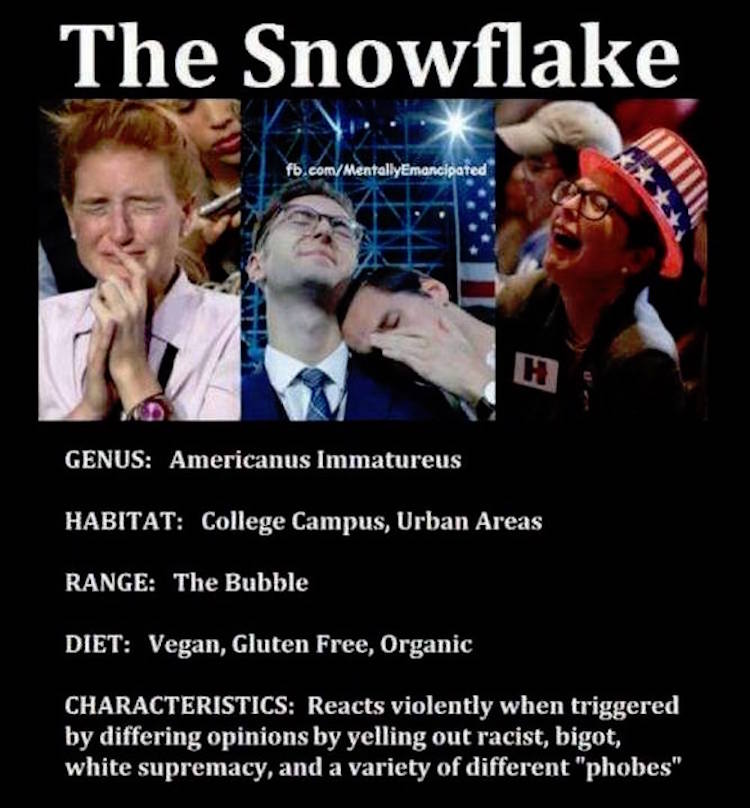