According to a new report new Twitter owner and CEO Elon Musk is set to terminate 50% of Twitter’s notoriously “woke” workforce this Friday as he tries to make the company turn a profit.

“New Twitter CEO Elon Musk will reportedly eliminate half of the company’s workforce at the end of this week as he tries to make the company profitable.

Bloomberg News reported that Musk is cutting 3,700 of the company’s 7,500 employees and that employees will be notified of their dismissal on Friday.

Musk is also reportedly canceling a work-from-anywhere policy and is going to force employees to come into the office to work.

The details regarding the dismissal of the employees were not immediately clear, although the report said that Musk was considering paying them up to two months of severance pay.

The New York Times reported that Musk “ordered the cuts across the company, with some teams to be trimmed more than others,” adding that “some managers [were] being asked to draw up lists of employees to cut.”

This would seem like good news in that a smaller Twitter workforce means fewer people available to censor conservative ideas and points of view.

So far Musk’s takeover of Twitter can only be seen as a good thing for freedom of speech and the best indicator of this is the outrage coming from all the right people.

Here’s Jake Tapper and Jimmy Kimmel complaining about how “crazy” Twitter has gotten since Musk took over:

Here’s far left Rep. Ro Khanna saying that “we” need to be sure Musk doesn’t run Twitter, even though he owns it:

Finally here’s an MSNBC panel claiming that Twitter has descended into a “hellscape” since Musk took over:

People on the left need to pause, take a deep breath and calm the heck down.

Free speech never hurt anyone, except for those trying to cover up truth. 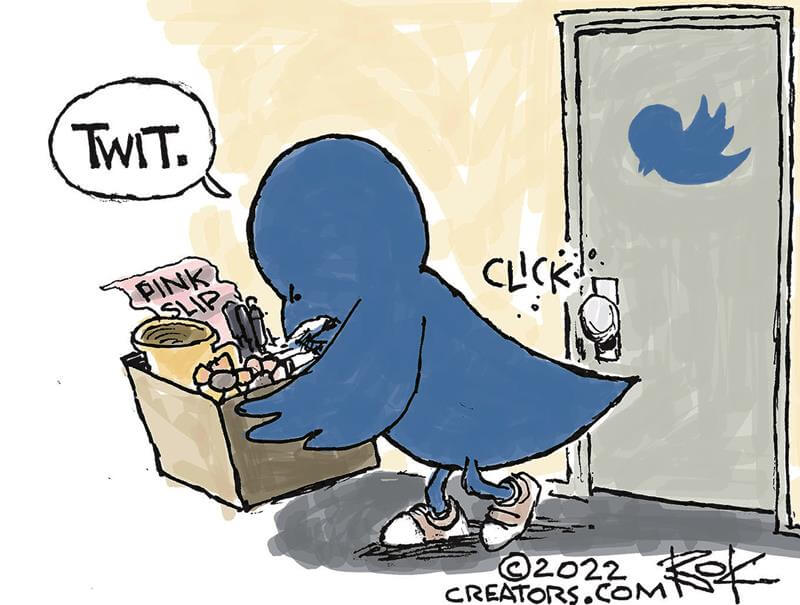 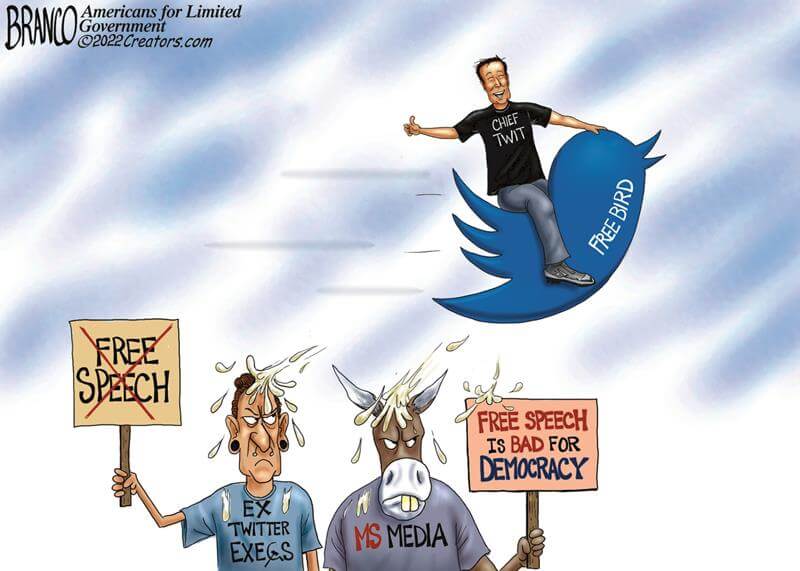 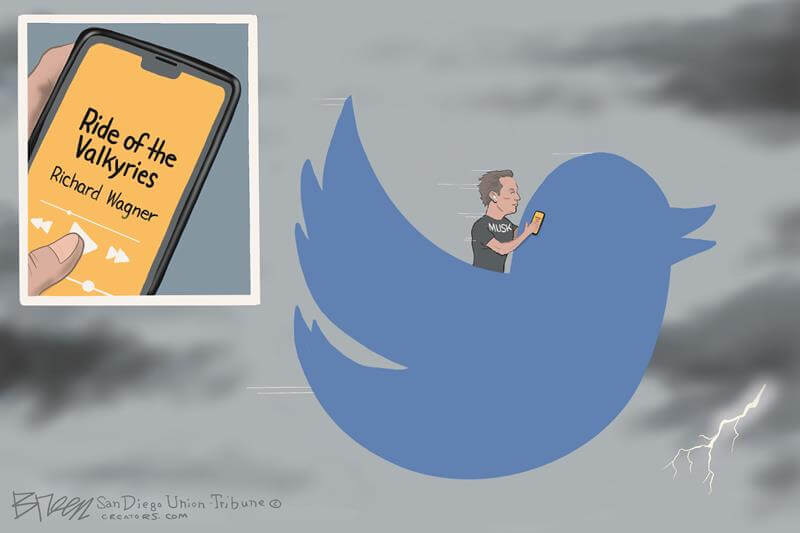