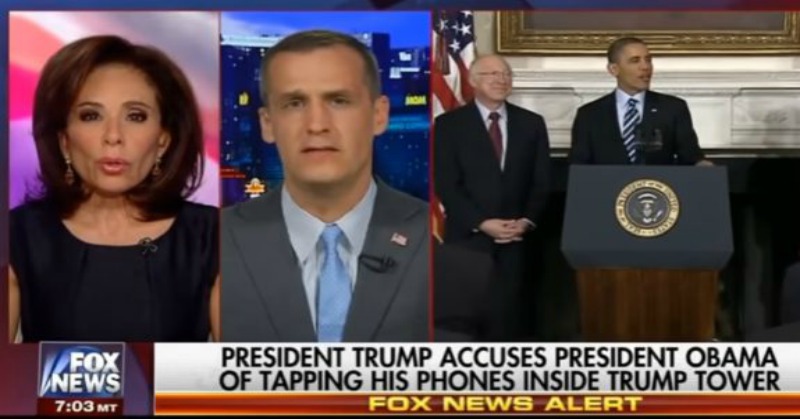 Accusations have been coming fast and furious from the Trump administration, claiming that Obama bugged President Trump during the campaign. Now Lewandowski is ratcheting up the stakes by claiming that then-Senator Jeff Sessions received similar treatment from the President.

COREY LEWANDOWSKI: “What we’ve seen from the previous administration is that they did spend time listening to conversations between then Senator Jeff Sessions and the ambassador to Russia while he was in his US Senate office. if that were to take place which supposedly did take place, what other conversations did they listen in on?”

JUDGE JEANINE: “Whoa, you’re saying they were listening to conversations between then Senator Sessions and the Russian Ambassador Kislyak or are you talking about Mike Flynn and Kislyak?”

These are some very serious accusations and it’s going to take a lot of evidence to prove that what he is saying is true, but if he is able to come up with that evidence, Obama could have a lot to answer for. I don’t want it to be true, but I wouldn’t put anything past him.