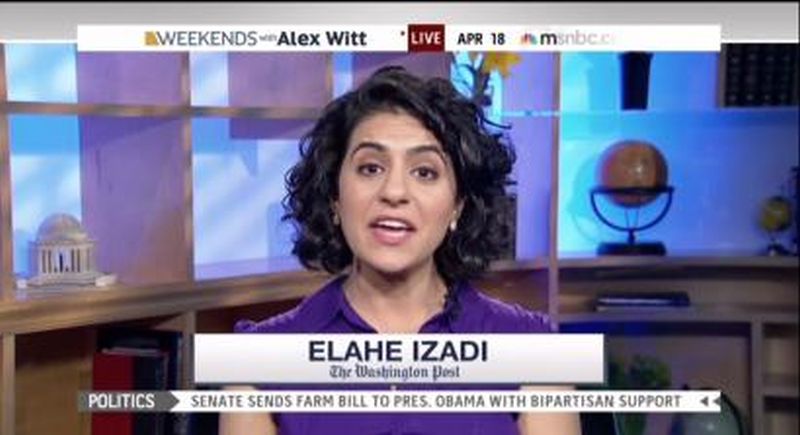 The Washington Post might want to start vetting their reporters. But what do you expect from a news organization that won’t vet anyone with a “D” after their name?

Washington Post reporter Elahe Izadi was on Saturday’s cable news to discuss food stamps and welfare reform. As part of the conversation with MSNBC’s Alex Witt, she insisted that all potential or actual reform is inherently “mean spirited” because it attempts to control, or manage, how welfare recipients spend “their own money.”

Speaking to Witt, the Washington Post reporter touted how many call the law “mean spirited” and then touted how “some advocates feel like lawmakers are basically saying the poor can’t be trusted to manage their own money.”

Unfortunately for Izadi, she failed to mention that “their own money” is in fact taxpayer money that the government has every right to ensure it is being spent appropriately and is not an indictment on anyone’s ability to “manage their own money.” 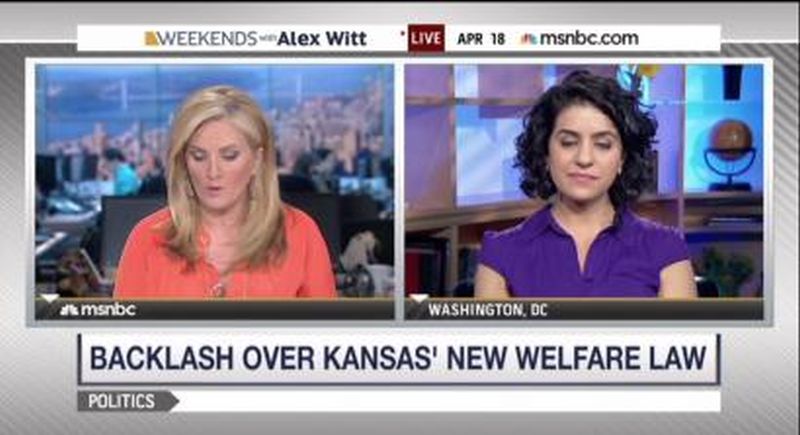 Since when did food stamps, paid for by taxpayers, become the unalienable property of poor recipients? Once we begin seeing welfare as the poor’s “own money,” to manage as they will without limitation or check, we have destroyed the entire basis for property rights in this country. Once my property becomes your property by fiat, and I can no longer protest or control its use by you, through the law, then the property rights of everyone are endangered.

I’m sure this little girl reporting for the Washington Post has no trouble with government taking money earned by the middle and wealthy classes of America. That’s not “your” money, after all, as it’s redistributed to the hands of the poor. But once given to the poor, “your” money now becomes “their” money, and you are mean spirited to protest or complain how they decide to spend it.

We should instead return to the American Founders’ welfare system, which had three basic principles:

1. It should only be for those who truly need it.

The Founders believed government had an obligation to the governed to provide a safety net, but only for those individuals incapable of providing for themselves, like widows, orphans, the elderly, and the mentally and physically handicapped. If you were capable of working, and refused, government owed you nothing.

2. It should be the bare minimum.

The Founders believed that government should provide the basic necessities of life for those who were incapable of providing for themselves, but it would only be the bare minimum. This meant that you would have food to eat and a place to sleep free of charge, but nothing much beyond that. In other words, welfare was not meant to be comfortable.

3. It should be done at the state and local level, NEVER the national.

The Founders believed that the form of government closest to the individual could best take care of the individual if necessary. This meant all welfare would come from the local and state authorities. The national government was too remote and too general to ever be suited to providing welfare. As a result, poor houses, orphanages, and insane asylums were built by local authorities, at public expense. Churches and neighborhoods also gave some relief.

Today, we have completely abandoned the Founders’ system.

Watch video of the exchange below (less than a minute) and let us know what you think!