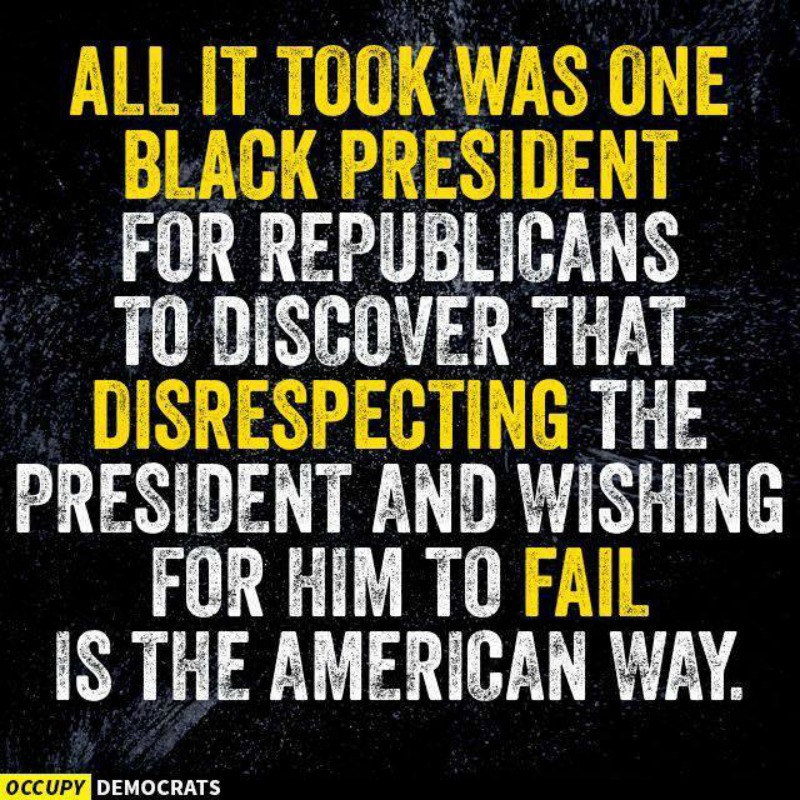 It’s not the ‘American Way’ to want any President to fail. Nor has it become that way since Obama took office.

Of course, Occupy Democrats must forget how much Democrats disrespected former President Bush.

Their memories are never good when it comes to history, especially their own history.

Obama has been the worst President since FDR. Why would anyone WANT to see his horrific and destructive ideas actually succeed?

Obamacare, his signature domestic program, was not only SHOVED DOWN THE THROATS of Americans who wanted nothing to do with it, but it was done so based on lies by Obama and Democrats. Remember, it was passed without a single Republican vote.

Is THAT the American Way under Obama and Democrats? You betcha.

Obamacare is now imploding on itself, of course, but that’s because it was always a failure of a program. The government can’t run the Veteran’s Administration for a much smaller number of Americans but they think they can run healthcare on a broad scale?

Obama’s foreign policy has been worse than Jimmy Carter’s. The man released terrorists for an American soldier who went AWOL. Other soldiers died trying to find this traitorous scum but Obama still released more terrorists for him.

Obama has been the most divisive and derisive President in modern U.S. History. He mourns the loss of black punks who were shot attacking officers or others but never mourns those who were murdered by the same type of scum while on duty.

Are these things the ‘American Way?’ Only under Obama.

Another Democrat in office (Sanders or Clinton) would be just as bad and neither are black.

Obama’s race never had anything to do with his failure as a President; it’s his own failed ideology.

Disagreeing with political ideology IS the American Way. It’s one of the reasons this country IS America.

Obama and his supporters seem to think the destruction OF America is the American Way. 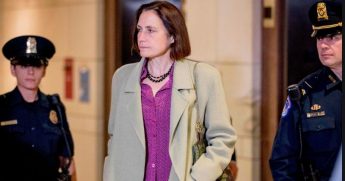