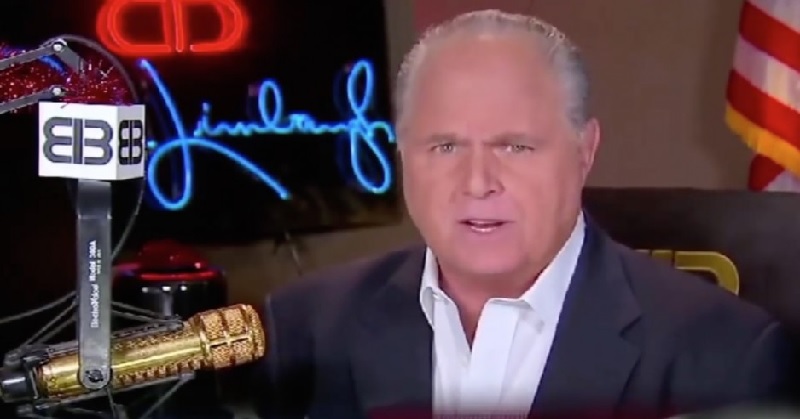 Did anyone really expect Hillary Clinton to face an indictment from the FBI?

Even if the FBI had recommended that charges be filed against her, I still have my doubts that Loretta Lynch would’ve acted accordingly, despite her saying otherwise.

The Democrat establishment had really been behind Hillary since day one. It didn’t take long for the Party’s super-delegates to all rally their support behind Hillary, and once she had the President’s endorsement, it became obvious that she wouldn’t be campaigning from a jail cell.

The only person I can imagine was surprised by the news was Bernie Sanders, who had remained in the race in hopes that the FBI would have to drop out before he did. They’re out, and so is he.

Among those in the conservative establishment that couldn’t have been any less surprised was Rush Limbaugh. As Western Journalism reported:

He followed that up by reminding his audience that the decison not to indict Clinton had been foreshadowed.

Limbaugh then referenced that fact the President Barack Obama is campaigning with Clinton, who is being transported to her political events aboard Air Force One.

The FBI decision came in Hillary’s favor despite them describing her behavior as “extremely careless” – and essentially describing what she did as something they convicted a man over less than a year ago.

What annoys me most is that this comes just days after Democrats launched a “trust Hillary campaign.” The irony alone would’ve killed her campaign had the FBI decided differently.