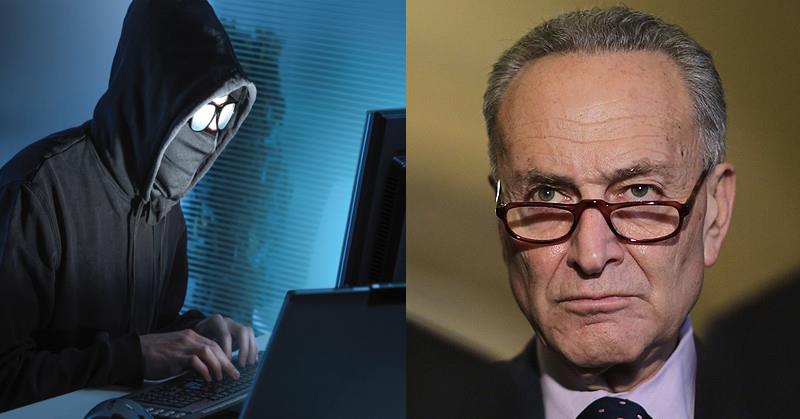 Using techniques similar to the ones employed by those who hacked the Democrat National Committee last year, Russian hackers have reportedly obtained access to the emails of several prominent leftist groups and are using them to try and extort money.

In one email, for instance, a leftist non-profit group “discussed how to use grant money to cover some costs for anti-Trump protesters,” according to Bloomberg. If published, emails such as this could cause these organizations a lot of problems.

Ergo, some groups have reportedly acquiesced to the hackers’ demands and paid ransoms ranging from $30,000 to $150,000. Others have not.

Sources claim that the Clinton-, Obama- and Soros-associated leftist Center for American Progress is one of the organizations that has been targeted, though the group has since refuted these allegations.

“CAP has no evidence we have been hacked, no knowledge of it and no reason to believe it to be true. CAP has never been subject to ransom,” a spokesperson reportedly revealed in a statement Monday.

I kind of find this hard to believe, though, especially given the center’s history of lies and distortion.

Arabella Advisors, another group reportedly targeted by the hacks, has been honest enough to admit that it was indeed targeted.

“Arabella Advisors was affected by cyber crime,” one of its spokespeople said. “All facts indicate this was financially motivated.”

The FBI and other federal agencies have reportedly begun investigating these hacks and believe they hold similarities to the hacks that occurred during the election cycle last year:

Attribution is notoriously difficult in a computer attack. The hackers have used some of the techniques that security experts consider hallmarks of Cozy Bear, one of the Russian government groups identified as behind last year’s attack on the Democratic National Committee during the presidential election and which is under continuing investigation. Cozy Bear has not been accused of using extortion in the past, though separating government and criminal actors in Russia can be murky as security experts say some people have a foot in both worlds.

While I do not condone what these hackers have done, I find the irony somewhat amusing. It seems pretty clear based on the evidence thus far — as well as the litany of evidence from before — that liberals tried to pay protesters to stir up trouble for President Donald Trump.

And now, thanks to their own sleazy behavior, they are being made to pay a price — a hefty one, at that — and not to just anyone, but to the Russians.

That said, I sincerely hope the authorities catch the perpetrators, because two wrongs — or a million wrongs, in the case of the Democrats — NEVER make a right!