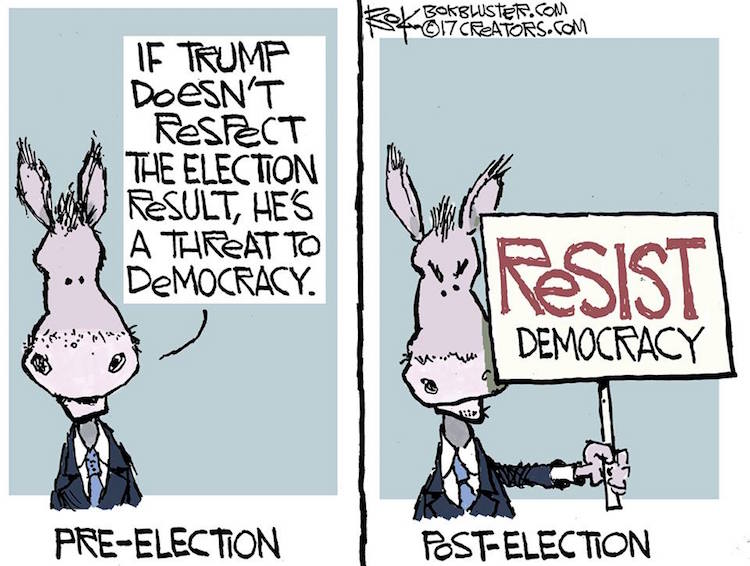 C.E. Dyer reports that over 200 Leftist tools that took to the streets on Inauguration Day may face the music after reportedly getting indicted on felony rioting charges.

NBC News has reported that 209 people have thus far been indicted over felony rioting charges, meaning they face a fine of up to $25,000 and a maximum of 10 years in prison.

The Washington Post reported that 230 people were arrested during President Donald Trump’s inauguration on January 20, with several cases being subsequently dismissed.

Defense attorneys for the accused have said that many of their clients are college students who live outside of the Washington, D.C., Maryland, or Virginia [area].

This is what needs to happen to even begin to stop the anarchy, violence, and destruction fomented by the Left.

Right now, it’s likely that many Leftists feel like they are immune to the consequences of their actions as their ilk in the media have fanned the flames, called for military coups, and encouraged the rioting.

Once Leftists are forced out of their bubbles and into reality via consequences for their crimes, perhaps others will think twice about rioting.

That said, these rioters are often well-organized and likely funded by big Left-wing money, so it wouldn’t surprise me in the least if that big money also went to the legal defense of these malcontents.

Still, it’s got to start somewhere and hopefully these rioters are brought to justice.