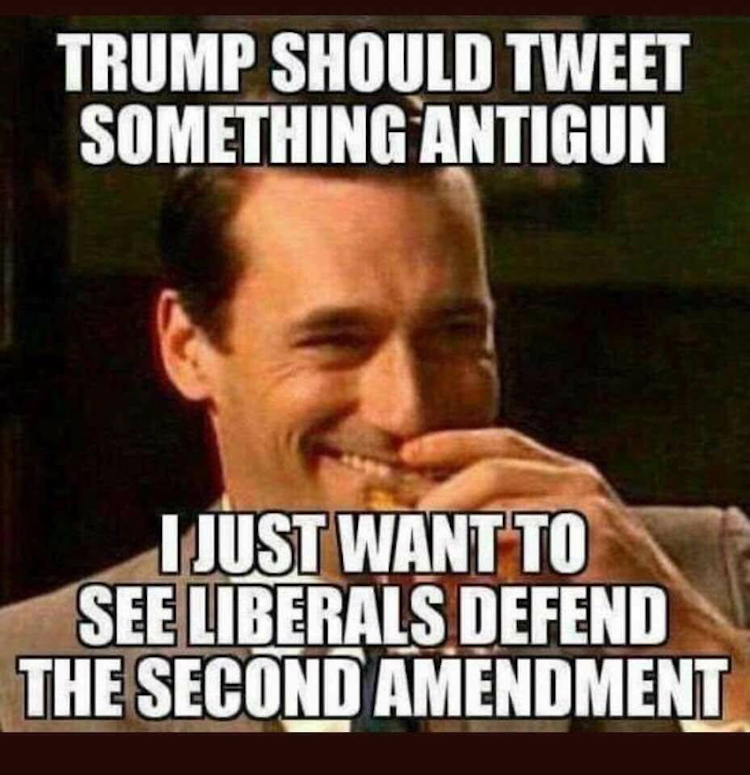 Robert Gehl writes that Chuck Schumer has a dangerous little secret he’s keeping from you:

Most of his party’s lawmakers are pro-gun control.

But with the 2018 elections rapidly approaching, Schumer – the leader of the Democratic Party in the Senate – wants his colleagues to steer away from the gun argument.

This won’t be easy for Schumer. He is quite good at lying, hiding the truth and distorting facts. But leftist pressure groups are trying to get his party to take a “strong stand” (i.e. gun bans) against the Second Amendment following the mass shooting in Las Vegas.

“Democrats need to find courage and learn to speak to the issue,” said Ladd Everitt, director of 1Pulse4America, a gun-violence prevention group created after the Orlando nightclub shooting in 2016,The Hill reports. “There’s a lot of anger in this movement about the response from Democrats right now. People think it’s totally inadequate.”

Sen. Kamala Harris (D-Calif.) tweeted Wednesday night that the country should be talking about answers to gun violence.

The deadliest mass shooting in our country’s history was 16 days ago. Conversations about gun violence have faded. We can't accept that.

“The deadliest mass shooting in our country’s history was 16 days ago,” she wrote. “Conversations about gun violence have faded. We can’t accept that.”

After all, in the 2018 midterms, Democrats will be defending no fewer than ten House seats in states won by Trump in the November election, including West Virginia, Montana and North Dakota, where the don’t take kindly to threats to their Second Amendment rights.

Schumer’s strategy is based, at least in part, on saving those seats and potentially winning back the Senate majority next year if Republicans falter badly.

As the Senate begins a debate Thursday on the budget, Schumer says he is urging his caucus to keep their amendments focused on health care and economics — not gun control.

“I would like and I am urging my caucus to limit it to four issues,” Schumer told reporters on Wednesday.

He specifically wants Democrats to bash the GOP proposal to cut the tax rate for the highest income bracket, oppose tax increases on middle-class earners, fight proposed cuts to Medicare and Medicaid and insist that tax reform not add to the deficit.

“Those are the four issues we’d like to focus on instead of doing a long vote-a-rama on every other issue,” Schumer said.

Democratic pollsters say Schumer is right: While polls change, the sentiment in favor of stronger gun control is weaker – and smaller – than the pro-Second Amendment Forces.

“I see why he doesn’t want to go with it,” David Saunders, who has advised former Democratic presidential candidates Jim Webb and John Edwards, said of Schumer’s avoidance of the gun control measures.

“He’s one of the few people up there who can count,” he joked.

Still, some leftist lawmakers are planning on introducing some gun control measures.

Connecticut Sen. Chris Murphy said he will draft some gun-violence related amendments but was undecided about whether to ask for votes on them during a vote-a-rama.

“I’m drafting a variety of amendments. Some of them have to do with gun policy. I don’t know whether I will eventually call them,” he said.

Murphy, however, said he was not trying to protect Democrats facing tough races in Republican-leaning states next year.

“I would only put things on the floor that have the broad support of the caucus,” he said. “This budget is so toxic on its own terms I think there’s a question about whether you want to take the focus away from this terrible [budget] vote they’re about to cast.”