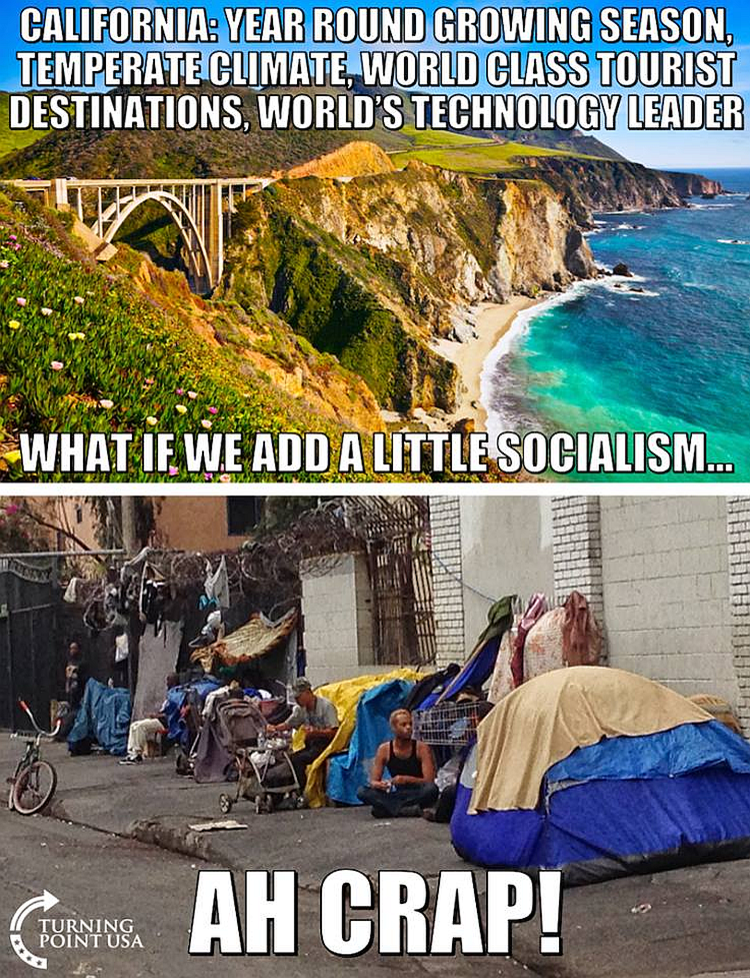 C.E. Dyer reports that numerous Californians are reportedly fleeing the state for greener, more affordable, pastures in an exodus that may further hamper the fledgling Calexit movement.

Why are they leaving?

According to The OC Register, affordability and desire to move to suburban areas — something that California has discouraged the building of in favor of density — has pushed Californians to other states such as Arizona, Texas and Nevada.

Leftist elitism. The OC Register hit on the regressive left’s elitism: “Some so-called progressives hail these trends, as forcing what they seem to see as less desirable elements — that is, working- and middle-class people — out of the state.

“They allege that this is balanced out by a surge of highly educated workers coming to California. Essentially, the model is that of a gated community, with a convenient servant base nearby.”

Yet, in reality, this may prove to be wishful thinking. A dive into Internal Revenue Service data shows distinctly that, while poor people are, indeed, leaving, the largest group of outmigrants tends to be middle-aged people making between $100,000 and $200,000 annually. They may not be ideal algorithm creators for Facebook, but they do constitute the solid middle ranks critical to any healthy economy.

Indeed, since 2010, the Golden State has seen an overall net outflow of $36 billion from these migrants (and that counts only the first year of income). The biggest gainers from this exchange are where Californians are moving, to such places as Texas, Arizona and Nevada. That some California employers are joining them in the same places should be something of a two-minute warning for state officials.

What this means. The OC Register focused on the growing desire for a suburban environment that the California government is not listening to: “But California leaders have other things on their minds that do not include accommodating the aspirations of residents who refuse to abandon suburban homes, or who are unwilling to desert their cars for the pleasures of mass transit.”

The Register concluded: “Until Californians demand a government that reflects their aspirations, too many people will continue to have to seek their futures elsewhere, to the detriment to those who remain behind.”

I wonder how much of the exodus also has to do with increasing leftist policies being foisted on Californians?

Although this piece didn’t focus on it specifically, when they noted that “… California leaders have other things on their minds” that don’t include the will of the people, I couldn’t help but think of the focus of California’s politicians.

Instead of focusing on taxpaying, legal citizens, California leadership has chosen to concern themselves with the whims of illegal immigrants, the man-made global warming hoax, expensive mass transit outfits the people don’t want and other such leftist insanity, all the while their infrastructure crumbles and the people suffer.

Affordability is surely a major reason — and it is inextricably connected with leftist views on taxes and regulations — but it’s highly likely that the policies of the left are a driving force in the exodus from California.

Instead of the Calexit the left has pushed for to extricate the state from the union, another exit is occurring and while the left shows disdain for the people that are leaving, they may find themselves in a kerfuffle as the money dries up.

In addition, the elitist disdain that California regressives show for the people who are leaving the state provides a perfect example of why the Democrats continue to lose the elections.

Democrats increasingly have to depend on an illegal immigrant voting base as they continue to alienate Americans, which is clearly what the goal has been for decades in their efforts to fundamentally transform this country.