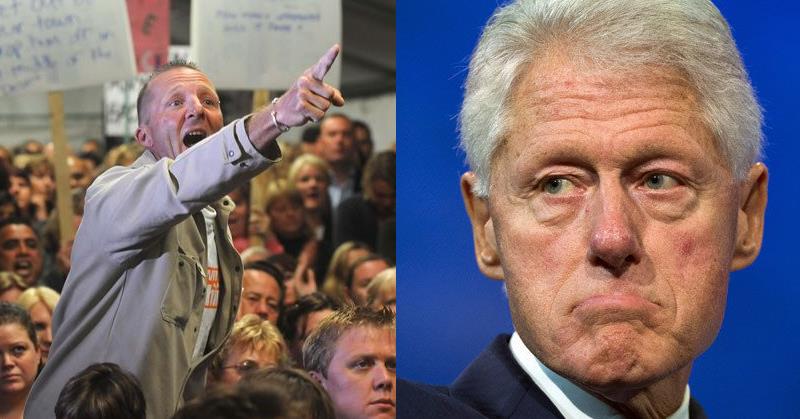 After former President Bill Clinton got busted hobnobbing with voters in Massachusetts this Super Tuesday, over 100,000 people signed a petition calling for his immediate arrest.

According to the New York Post, the petition “drive was launched by supporters of Bernie Sanders,” who is currently running against Clinton’s wife in the Democrat primary.

“This is a call for the immediate arrest of President Bill Clinton for clear, knowing and egregious violation of the campaign laws to swing an election in a significant way,” the petition reads.

Moreover, the same people who started this petition launched a White House petition that by Friday afternoon had already accumulated 97,769 signatures, meaning it was just a few thousand short of the 100,000 needed for it to be addressed by President Barack Obama.

“We the undersigned ask the President of the United States to exercise his authority to investigate the egregious violations of Massachusetts election law that Bill Clinton carried out during the recent Democratic primary in Massachusetts,” this petition reads.

In case you are not aware of what Clinton did, let me provide some background information via the Conservative Tribune:

[A]t one Super Tuesday polling station Clinton spoke with workers, purchased a cup of coffee (for himself or someone else?) and snapped a photo with a voter.

Clinton also reportedly shook hands with poll workers and, by doing such things, violated election laws, which state that candidates or those working for them cannot approach voters at a polling station or campaign within 150 feet of the voting booths.

Watch the attached video to see for yourself:

Believe it or not, but for once in my life, I agree with Bernie Sanders’ otherwise delusional and demented supporters, and that is why I plan to sign both petitions here and here.

I recommend you do the same!