In the past several weeks, tensions have escalated between North Korea and the United States.

North Korea continues to ignore requests by several nations to cease the development and testing of nuclear missiles.

Instead, Kim Jong-un has been flexing his nuclear muscles–staging parades, running missile launch tests, threatening the United States. Anything and everything to make the majority of the world incredibly uncomfortable.

It seems a 21st-century Cold War is inevitable and now it appears we have satellite images to prove it.

According to The Sun:

NEW satellite images of North Korea bases appear to show the volatile state is overhauling its missile sub fleet as tension rises during the nuclear stand-off between Kim Jong-un and the US.

The pictures show activity at a test site which is scarily similar to preparations before the Stalinist nation’s last test of their Pukguksong-1 submarine-launched ballistic missile in August 2016.

The North Korean subs were seen in commercial satellite pictures.

These images did not surface until Trump tweeted on Friday that the United States military is “locked and loaded” — in case Kim Jong-un and North Korea decide to “act unwisely”. 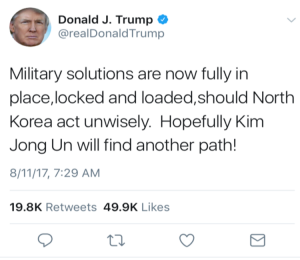 We reported Friday that “North Korea has the technology to reach Guam and, potentially, Alaska and San Diego.”

And, he has threatened to strike the United States several times.

The Pentagon said the United States and South Korea would proceed as planned with a joint military exercise in 10 days, an action sure to further antagonise North Korea.

North Korean watcher Joseph Bermudez of 38North, which monitors military activity in the Stalinist country, has spotted changes on the boat and the facility it is docked in.

He said: “Recent commercial satellite imagery reveals several developments suggesting that North Korea may be accelerating the development of the sea-based leg of its nuclear forces.

“Since the July report, netting or tarps have been suspended above both the fore and aft decks of the submarine obscuring any activity taking place beneath them. 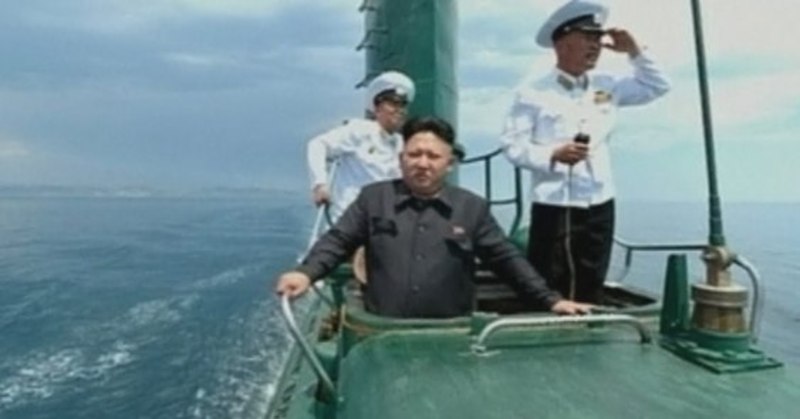 Trump certainly will not back down to Kim Jong-un — even with these terrifying developments.

We will take to Twitter to see Trump’s initial reaction.