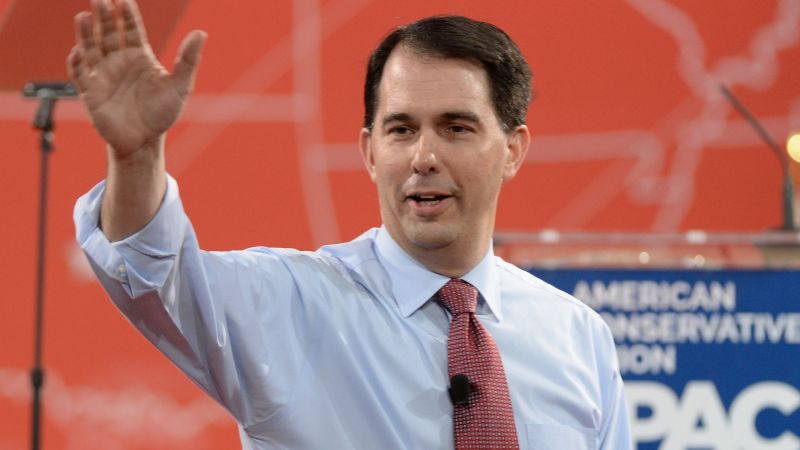 Wisconsin Governor and 2016 Republican presidential candidate Scott Walker came to national fame when he stood up against his state’s public unions and won. Now Walker is taking his fight against public employee unions nationwide.

In a town hall meeting in Las Vegas, Walker is set to propose broad steps he would take as president to curb the power of public unions, including the elimination of unions for all federal employees.

The governor will also advocate making all work places right-to-work unless individual states decide otherwise, scrapping the National Labor Relations Board, and making it more difficult for unions to organize.

“This will not be easy,” Walker said in a statement to The Associated Press. “Many — including the union bosses and the politicians they puppet — have long benefited from Washington rules that put the needs of special interests before needs of middle-class families.”

While Walker’s plan would affect some private sector unions, the target would be primarily government employee unions.

“Our plan will eliminate the big government unions entirely and put the American people back in charge of their government,” Walker plans to say today.

The governor’s plan would gut the 1935 National Relations Labor Act, signed into law by President Roosevelt during the Great Depression.

Critics on the left are stunned.

“I’ve never seen anything like this,” said Ann Hodges, a labor expert and professor at the University of Richmond. “This will take the breath away from anyone who’s worked in labor relations for any length of time. … It’s pretty draconian.”

“Mr. Walker could only be making these type of proposals to satisfy his most backward-looking, wealthy contributors, just as he pursued, as governor, policies advanced by these people that sought to destroy school teachers and other public employees’ rights in Wisconsin,” said Lee Adler, a labor law expert from Cornell University.

But that posturing that makes the left so apoplectic is the very stuff that made Walker a national right wing hero. For too long public sector unions have enjoyed a special interest relationship with government. They mandate membership and funnel dues to whichever candidate will ensure more special treatment. As Walker proved in Wisconsin, public unions are the backbone of the political left. When you threaten them, the special interests pull all the punches they can manage.

Walker is picking up a fight which led him to notoriety within his party and taking it across the country. It could be just the thing he needs to jump start a campaign which has thus far disappointed his supporters.