As most people know by now Senator Rand Paul and Dr. Anthony Fauci got into a heated exchange yesterday in which Fauci called Rand Paul a “liar” for claiming the NIH funded gain of function experiments at the Wuhan Institute of Virology.

Paul then said he sent a letter to the DOJ asking for a criminal referral against Fauci for contempt of Congress.

The reaction to Fauci’s outburst and Paul’s subsequent referral to the DOJ is pretty much as you would expect. Mainstream media outlets praise Fauci for standing up to Paul, while conservative news outlets express outrage that Fauci would call a sitting US Senator who was also a medical doctor a “liar.”

During an interview this morning, Fox News host Martha MacCallum asked Senator Paul “So you basically accused him [Fauci] of lying before Congress. Now you’ve sent a letter to the Department of Justice asking for them to do an inquiry. So the basis, as I understand it, is that he claimed, quite clearly, that there was never any U.S.-funded gain of function research that was happening at the Wuhan lab. And you say that there being sort of cute with the definition of what gain of function is. Can you explain that in basic terms to our audience?”

“Well, I think it’s important to know that Dr. Fauci has a self-interest in obscuring any relationship or responsibility for anything done in the Wuhan lab,” Paul replied. “Without question, the evidence we presented in committee yesterday shows that the NIH was funding research in Wuhan. We showed the exact numerical series of numbers that goes with the grant numbers.”

“So yes, they were funding the Wuhan lab. The second question is whether or not the research was gain of function. The NIH actually defines gain of function — and I read that definition to him, but he didn’t listen — the definition is that any kind of animal virus that occurs in nature, that affects animals only or infects animals only, if you recombine it or mutate it or adapt it in the lab with other viruses so it has characteristics that change it from being an animal-only virus to being a virus that now can infect humans, that you’ve gained in function, you’ve gained pathogenesis or you’ve gained virulence, you’ve made it more dangerous.”

“Without question, this is what happened in the Wuhan lab,” he added. “We have a number of professors who have said so. We put the quote up from a professor of 30 years at Rutgers, tenured professor who said that what they were doing in the lab in Wuhan was the epitome of gain of function.”

“But you have to realize that Dr. Fauci is not disinterested. If this virus came from the lab, and it becomes clear that he was funding dangerous research, moral culpability, responsibility attaches to him, and he does not want that. So he’s shirking that, but in so doing he’s not being honest with the American people or Congress.”

We agree with Senator Paul that is long past time Dr. Fauci needs to come clean about the NIH funded research that went on at the Wuhan Institute of Virology.

We also agree his DOJ referral will lead no where as government bureaucrat types seems to get away with practically whatever they want, so long as it support the policy goals of the Democratic party. 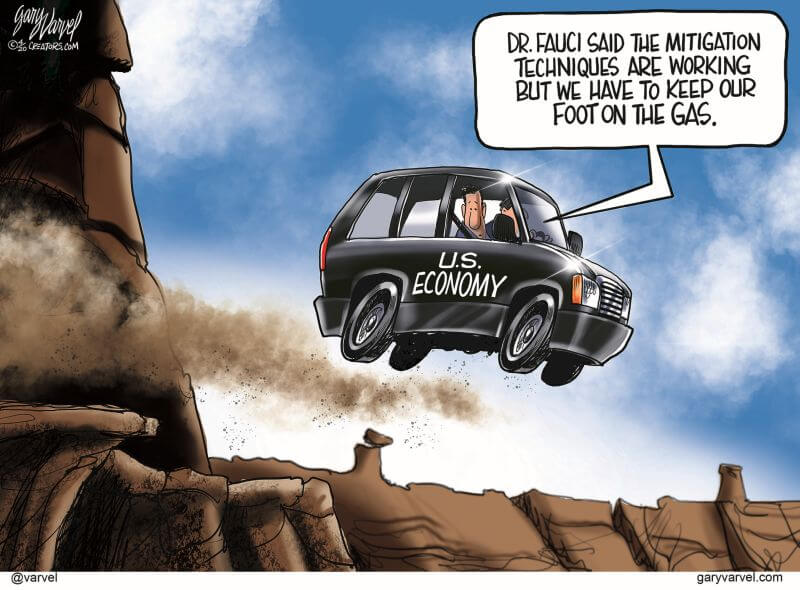