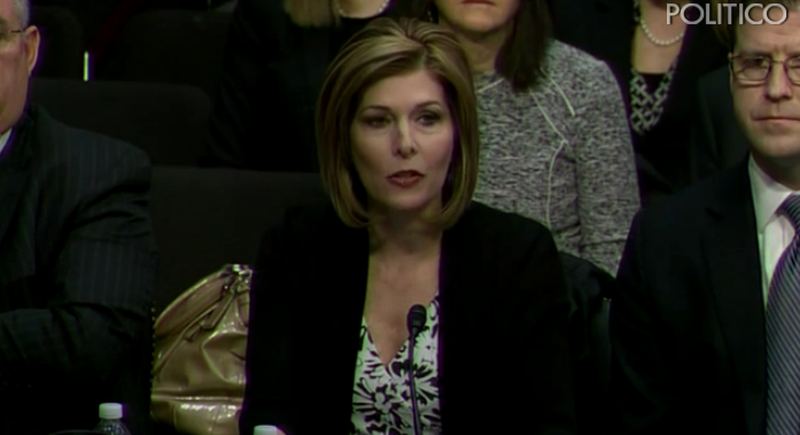 Sharyll Attkisson, the former CBS News reporter, delivered a powerful statement Thursday before the Senate Judiciary Committee considering President Obama’s nomination of Loretta Lynch as the next U.S. attorney general by outlining a long list of the type of abuses the DOJ has engaged in over the past six years under Eric Holder’s leadership.

The portrait that emerged was not pretty.

Describing an atmosphere of intimidation and retaliation from the Obama White House and the Justice Department under Attorney General Eric Holder, Attkisson recounted abuses ranging from the obscene to petty.

Her computers were violated by what she believes to be government operatives tracking her work as a reporter. Her work investigating the adminstration’s earliest scandal, the “gun-walking” operation known as “Fast and Furious,” she said, had brought her to the attention of a Justice Department determined to squelch every hint of an independent press.

Attkisson also included a lengthy list of complaints from some of the nation’s best known news organizations, including The New York Times and the Washington Post complaining about the level of secrecy maintained by the Obama administration.

What’s ironic is that those same news organizations are among this administration’s biggest allies and defenders. The mainstream media had completely disgraced itself ever since it decided to openly help this administration achieve its policy goals.

And how has that worked out for the country?

Attkisson summed by saying “If you cross this administration with perfectly accurate reporting they don’t like, you will be attacked and punished. You and your sources may be subjected to the kind of surveillance devised for enemies of the state,” she said.