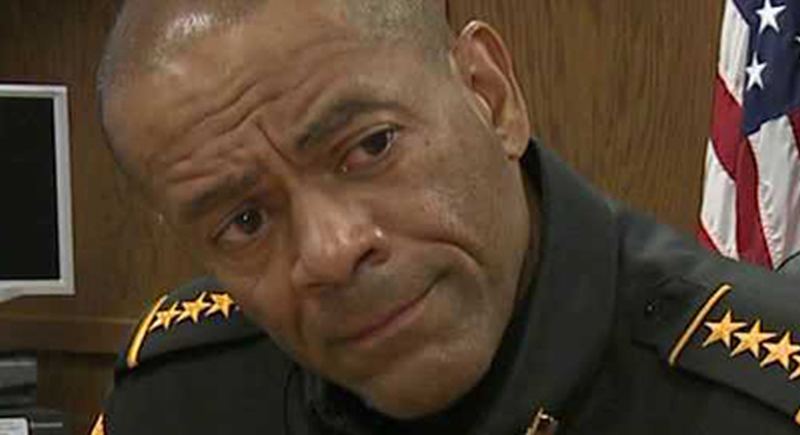 Milwaukee Sheriff David A. Clarke, Jr. has spoken out against the riots in Baltimore. He lays the blame squarely at the feet of liberal policies which he says have created a powder keg which has exploded into violence.

“Like Baltimore, like Ferguson, like New York and many other areas where failed liberal government policies have led to high unemployment, chronic poverty, failing schools,” Sheriff Clarke said. “This is what besets the Baltimore area. Ninety percent of the homicide victims in the Baltimore area are black as are ninety percent of the suspects. That’s a bigger problem than Freddie Gray.”

He added that he didn’t believe the rioters cared about Freddie Gray at all.

“These individuals that are rioting and lotting right now and throwing rocks and bottles do not know Freddie Gray, do not care about Freddie Gray,” he said. “If they were in a nightclub in Baltimore [they] would shoot and kill him for bumping into them on the dance floor.”

“I am tired of this mealy-mouth crap from politicians. They cause the conditions for a permanent underclass in America,” he tweeted.

“Why are we surprised at this sub-human behavior on display in American ghettos? Lib policies created the conditions,” he said in a follow-up tweet.

Clarke is saying what most pundits dare not: that liberal cities with liberal policies have created a “permanent underclass” and that this violence is the inevitable result.

He also urged Baltimore police to “take control” of the city and chastised them for “playing patty cake.”

http://t.co/9lxFF8YvkP I am tired of this mealy-mouth crap from politicians. They cause the conditions for a permanent underclass in America

@RonSantoFan @Txwench Time to turn the police loose to knock some heads together. Baltimore Police commanders are playing patty cake.

@thehill @BlacksFund He should heed his own advice and take control of the city. — David A. Clarke, Jr. (@SheriffClarke) April 28, 2015

@SheriffClarke Please, please run for office. You are the butt kicker we need to get this nation knocked back into shape.

@dmm10310 @ImpeachDeBlasio @SheriffClarke It is so good to hear the voice of reason among all this insanity. — DavidJohnGarth (@DavidJohnGarth) April 28, 2015