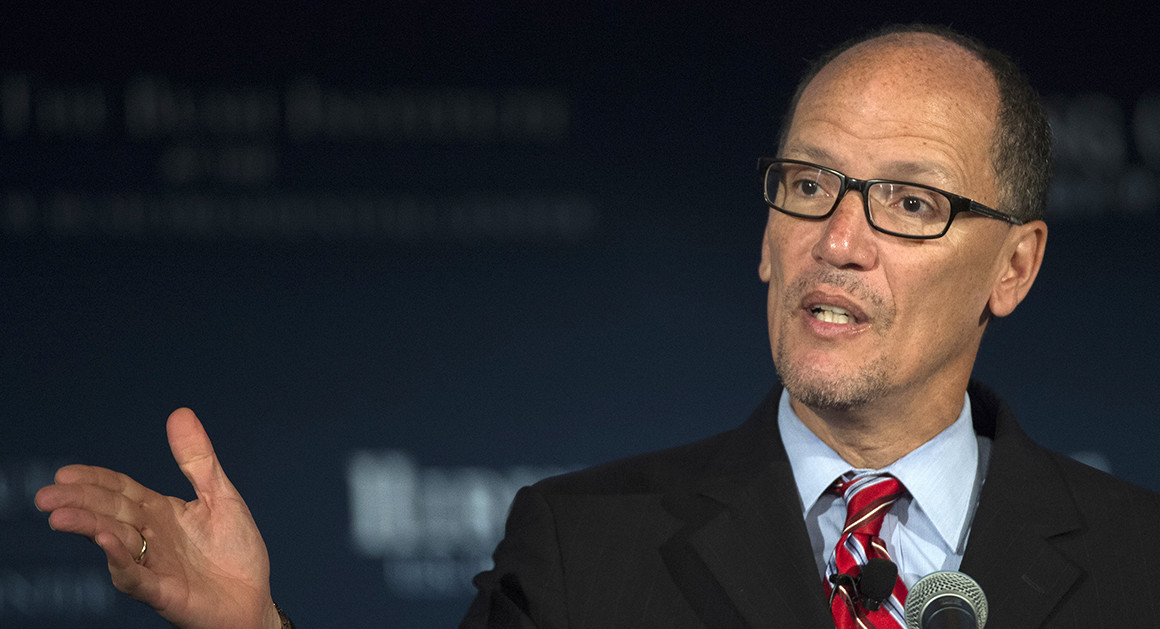 Unlike Vice President Mike Pence and his perfectly legal use of a private email account while governor of Indiana, new Democratic Committee Chairman Tom Perez may have a legitimate legal issue on his hands.

Democrats were wringing their hand over the report that Pence used his AOL account for some personal business. Clinton lackey Paul Begala said the “staggering hypocricy” was “sickening.”

Of course, there’s no comparison whatsoever. Pence was not legally required to use an official email account – Hillary was.

And that takes us to Tom Perez.

While he was a lawyer with Barack Obama’s Department of Justice, Perez used his Personal email account to conduct DOJ business 1,200 times since 2009. In a letter to the House, Congressional investigators admitted Perez committed at least 45 violations of the Federal Records Act.

The official investigation concluded that Perez “likely violated both the spirit and the letter of the Federal Records Act,” The Washington Free Beacon is reporting.

Rep. Darrell Issa, who was chairman of the committee overseeing the investigation at the time, subpoenaed the 1,200 emails, but was ignored by Perez.

The investigation was sparked by a deal that Perez brokered at DOJ with the city of St. Paul, Minnesota.

Perez agreed to not participate in two whistleblower lawsuits against St. Paul that the Associated Press reported could have returned millions of dollars in damages to the federal government. In exchange, St. Paul Mayor Christopher Coleman withdrew a discrimination lawsuit that was heading to the Supreme Court.

“It appears that your use of your personal, non-official email account to conduct official department business has been frequent and routine,” Issa wrote to Perez.

Even the committee’s top Democrat, Rep. Elijah Cummings (Md) encouraged Perez to cooperate with the subpoena.

Investigators also allege that Perez used his personal email address to communicate with Planned Parenthood and several leftist media outlets Despite the scandal, Perez was confirmed as Labor Secretary in 2013.

He has not been asked about his email practices since he was elected DNC Chairman last weekend.