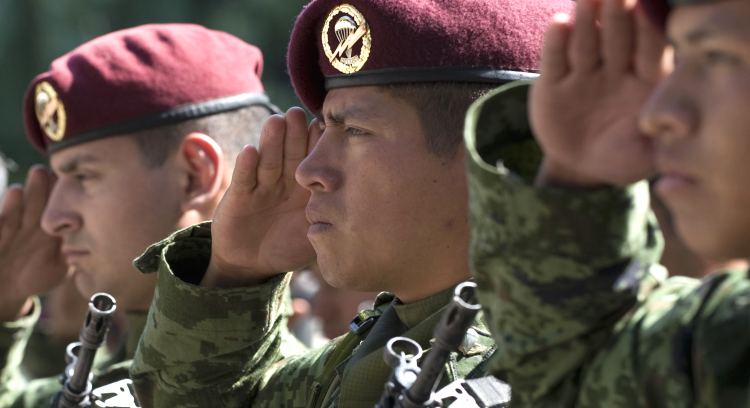 Another example of how little the Obama administration cares about border security!

Another Mexican military incursion into the United States occurred near San Diego this month and the Obama administration is trying to cover it up, though officials at one Homeland Security agency have come forward with the startling details.

The infiltration took place a few weeks ago at a cross-border drug tunnel recently discovered by federal authorities. The U.S. Border Patrol was charged with guarding the tunnel, which runs under the U.S.-Mexico border and leads to a warehouse in Otay Mesa. A group of at least five armed Mexican military soldiers came through the tunnel on April 1 and attempted to enter California through the warehouse, according to an account posted on the Border Patrol’s local union website.

The Mexican soldiers are clearly seen on a tunnel camera carrying military assault rifles, according to Border Patrol Union official Gabe Pacheco, who is also cited in a San Diego-area news story of the incident. The chief of the San Diego Border Patrol sector, Paul Beeson, also confirms in a local news report that the armed men in the tunnel are in fact members of the Mexico’s armed forces, known as SEDENA or Secretaria de la Defensa Nacional.

The local media outlet seemed to press Beeson to acknowledge that an incursion took place, but he downplayed the event. “We are confident they were Mexican government officials who had reason to be in the tunnel,” Beeson says. He acknowledged, however, that “it’s unfortunate that they didn’t tell us when they were going to be there.” The Border Patrol sector chief proceeded to admit that the violation “triggered a heightened law-enforcement response and appropriately so.”

What do you think of the fact that the Mexican Military is crossing our border and the Obama administration is covering it up?