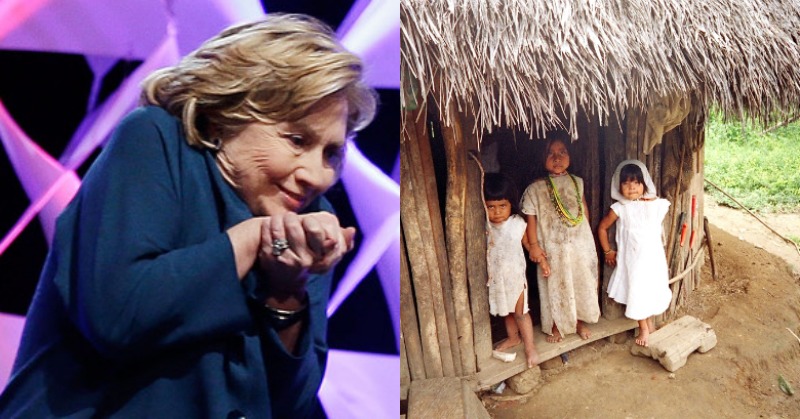 The Clinton Foundation, better described as the Clinton family slush fund, is fraught with corruption, and a new investigation into their activities in Colombia by Fusion and the American Media Institute yielded some damning results for Democrat nominee Hillary Clinton.

The American Media Institute, a nonprofit news service based in Alexandria, Virginia, partnered with Fusion to send us to Colombia to investigate the Clinton Foundation’s impact. We interviewed more than 50 people in Colombia and found ground realities that contrasted, often starkly, with the nonprofit’s claims about its good work.

Many of the Colombian “success stories” touted on the foundation’s website were critical about the foundation’s effect on their lives. Many labor leaders and progressive activists say foundation programs caused environmental harm, displaced indigenous people, and helped concentrate a larger share of Colombia’s energy and mining resources in the hands of Giustra, who was involved in a now-bankrupt oil company that worked closely with the Clinton Foundation and which used the Colombian military and a surveillance program to smash a strike by its workers.

A Colombian union official told Fusion of the corruption evidenced by the Clinton Foundation: “I don’t even know what they are doing in this country other than exploiting poverty and extracting money.”

The Clinton Foundation touted the success of their efforts with the story of a local fishmonger named Sandra Valdivieso, who was initially happy with the help she received but swiftly found out that it wasn’t what it seemed.

The “help” she received seemed more like a money-making scheme that Valdivieso worried would have put her out of business if she would have stayed with the dubious program.

“The territory where Pacific Rubiales operated,” he said as he flipped through pages of alleged human-rights violations, “was a type of concentration camp for workers.”

This just scratches the surface of all the corruption and hypocrisy evidenced in Fusion’s report on the Clinton Foundation’s “work” in Colombia.

Fusion’s damning report comes on the heels of reports that show how the Clintons’ pay-to-play activities extended to Haiti in the wake of the devastating 2010 earthquake. The Clintons disturbingly made millions of dollars for their friends on the backs of suffering Haitians while Hillary was head of the State Department.

The Clintons have used their farce of a foundation as a slush fund in their criminal pay-to-play operation while Hillary served as secretary of state. This report and others like it show how evil and corrupt the Clintons are…which is evidence of just how critical the November election is.