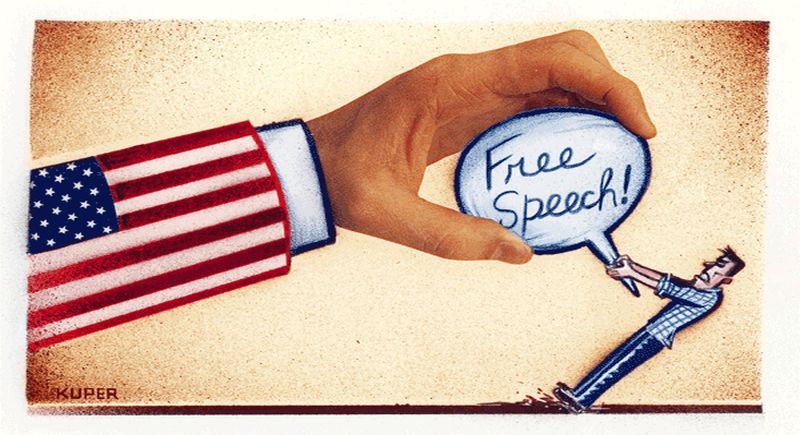 A new poll is bad news for free speech in America

A new study released by the polling center YouGov.com shows alarming findings regarding liberals’ concern for free speech. According to the study, more than half of Democrats want to make hateful speech illegal.

The numbers are alarming and show a growing disconnect between Americans and the freedoms they enjoy. Hateful or controversial speech is why we need a First Amendment. Speech that does not offend or shock needs no special protection. Just as men who have committed no crime do not need 5th Amendment protections, speech which is not offensive does not need the 1st Amendment. It is the worst speech which needs protection, because that is the speech which people will try to censor. 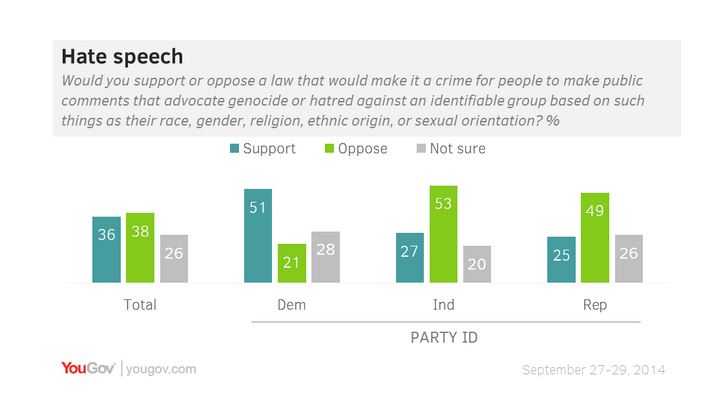 Too many Americans feel their offense to something should justify government action. Are we at a tipping point? Will the knee jerk reactionaries and emotional voters actually start advocating for direct government censorship?

Another troubling aspect of the study regards hate crimes. It seems both parties have lost any regard for equality under law. Both parties overwhelmingly favored making punishments more severe for crimes with hateful motivations. If you kill someone, you have murdered and should be punished to the fullest extent of the law. It doesn’t matter what skin color that person had or why you killed them—a crime has been committed.

We are all supposedly equal under the law. If that is so, we cannot extend special legal protections to certain groups and, in effect, make crimes against individuals within those groups weighted more seriously than a crime against anyone else.

While Republicans aren’t ready to ban speech, they have shown support for hate crimes. Both these concepts are affronts to true legal equality and an impartial legal system. Hence the depiction of Justice blindfolded, deliberating only from the weight of facts on her scales, not the color of skin or the faith of the parties involved.