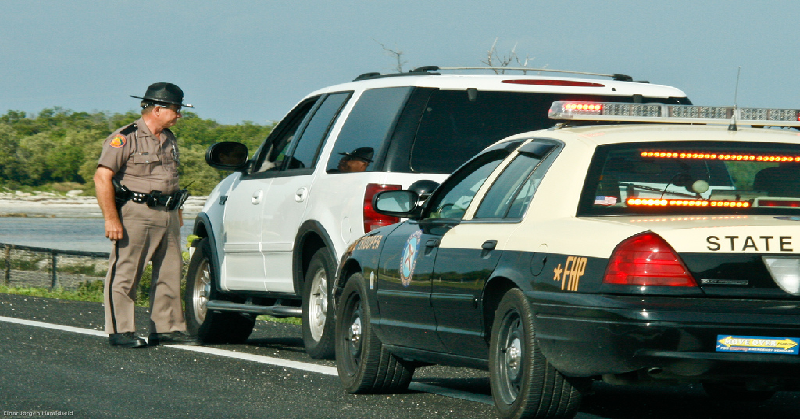 The latest attempt at government overreach is here – and is it any surprise that it’s originated in liberal Vermont?

As USA Today reports:
Lawmakers want to make it easier for officers to enforce Vermont’s 2014 ban on using hand-held devices while on highways. They’re asking Vermonters to give up some of their privacy in exchange for safer roads. But even the chief sponsor of the bill said he hasn’t “really thought about” what, exactly, would be fair game for a warrantless search under his bill.

H.527, introduced by Rep. Martin LaLonde, D-South Burlington, would allow law enforcement officers to see a driver’s phone or other electronic device, to see if it was being used. LaLonde said he doesn’t intend for police to be able to take a person’s phone back to his squad car and rummage through it.

“Essentially, it’s ‘show me your text log,’” he said.But opponents say the proposal goes too far, and even LaLonde said he isn’t sure if the bill can “thread the needle” between giving law enforcement better tools and protecting privacy.

In 2014, the U.S. Supreme Court held that searching the contents of a phone without a warrant is unconstitutional.

Under LaLonde’s bill, a driver who refuses police access to his phone would get the same penalty he’d get if he was, in fact, texting. The bill also expands the definition of texting to include voice-activated texting, which is no less distracting than texting by hand, according to the Vermont Highway Safety Alliance.

If passed, this could lead to plenty of questionable scenarios where the law is murky.

What if a person wasn’t just texting – but the officer discovered evidence of a crime on the person’s phone, such as intent to purchase drugs?

If an officer were to search someone’s car without permission or a warrant and discover drugs it wouldn’t be admissible in a court of law – so what would happen in this kind of scenario?
It’s often said that if you have nothing you have to hide you have nothing to worry about, but I’m still wondering where it says that in the Fourth Amendment.