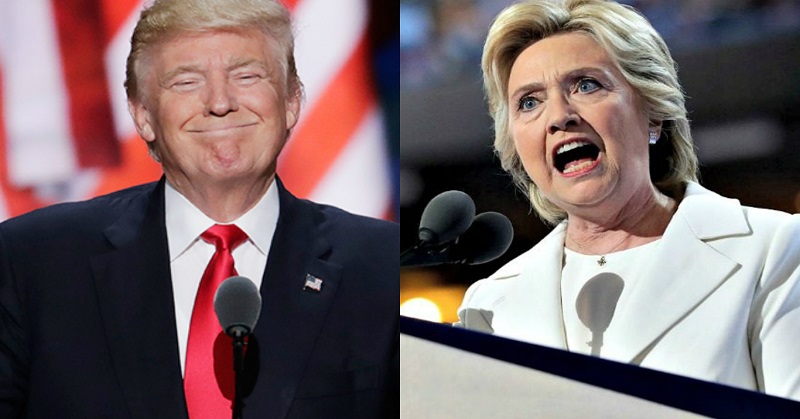 With just 100 days until the general election, the pollsters at Reuters saw a massive swing for Donald Trump and didn’t like it.

This was very concerning to the folks at Reuters – either because such a massive swing in support is unheard of and may indicate something is seriously wrong with the poll, or the pollsters have discovered an entire demographic of Trump voters that other number-crunchers haven’t found yet, Breitbart is reporting.

They concluded it just didn’t make sense – and here’s why:

Unlike most other polls, Reuters gives a “neither” option when asking voters who they prefer. Most other polls have “other,” “refused” or “wouldn’t vote.” But Reuters has “Neither/Other.” They have for years.

Because these two candidates – Trump and Clinton – are the two most unpopular candidates in recent memory (both have a 57% unfavorable rating), Reuters thought this was skewing the data. Here’s how they put it:

In a presidential campaign notable for its negativity, the option of “Neither” candidate appears to be an appealing alternative, at least to participants in the Reuters/Ipsos opinion poll.

Many voters on both sides have been ambivalent in their support for Democratic nominee Hillary Clinton and Republican nominee Donald Trump, complicating the task of the pollsters trying to track the race.

That sentiment may help explain an apparent skew that recently emerged in the Reuters/Ipsos poll results. Given the choice, a relatively large group of voters opted for “Neither/Other” candidate compared with other major polls, leading to an underreporting of several percentage points for one or other of the two major contenders at times in the race.

As a result, Reuters/Ipsos is amending the wording of the choice and eliminating the word “Neither,” bringing the option in line with other polls.

Now, keep in mind, they are only changing the questions because Trump had a massive rise in support.

Breitbart is speculating that they found the “Hidden Trump Voter” that liberals dread and they had to hide it. They hypothesize that many Trump voters – white and college educated – might support Trump, but give a different answer to be more socially acceptable.

Whatever the reason, the trick seemed to work. On July 27, Donald Trump enjoyed a 41 to 37.8 percent lead over Clinton in the polls.

Two days later – with the new poll and the new questioning, Trump’s lead was gone. The numbers flipped to Hillary Clinton with 41.1 percent to Trump’s 37.5 percent.

And –poof- that’s how you turn a winner into a loser – all by changing how you ask the question.