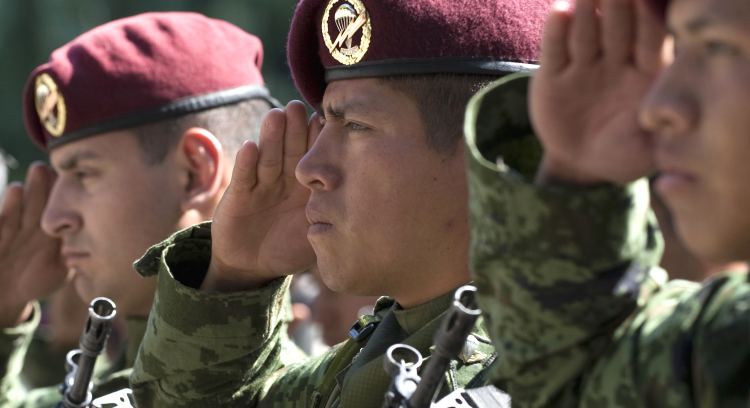 I don’t know of any other country in the world that has such an unsecure border as the one we have with Mexico. It’s a disgrace and both parties are 100% responsible for this.

Mexican military and law enforcement have made 300 unauthorized border incursions into the United States since 2004, the Department of Homeland Security revealed to California Republican Rep. Duncan Hunter Tuesday.

Hunter, who has been trying to secure the release of Marine Sgt. Andrew Tahmooressi held in a Mexican jail since March after he took a wrong turn into the country with three guns, had requested information about Mexican incursions into the United States earlier this year.

In a response letter obtained by Breitbart News, Gil Kerlikowske, the Commissioner of U.S. Customs and Border Protection, told Hunter that of the 300 unauthorized incursions since Jan. 1, 2004, there were 152 incidents involving a total of about 525 armed subjects.

Of the 81 armed encounters, he noted, 131 subjects were detained.

According to Hunter, given Mexico’s actions toward Tahmooressi, the U.S. needs to make it clear to Mexico that incursions by its officers will not be tolerated.

“In Andrew’s case, Mexico has shown its intolerance for the same action that its police and military initiated hundreds of times in the last several years alone,” Hunter said in a statement Tuesday. “It’s time for the U.S. to reconsider its treatment of the incidents and send a direct message to Mexico that incursions won’t be tolerated along the international border

The United States need to be very clear that unauthorized border incursions by Mexican police or military will not be tolerated, and offenders will be arrested and held. Do you agree?