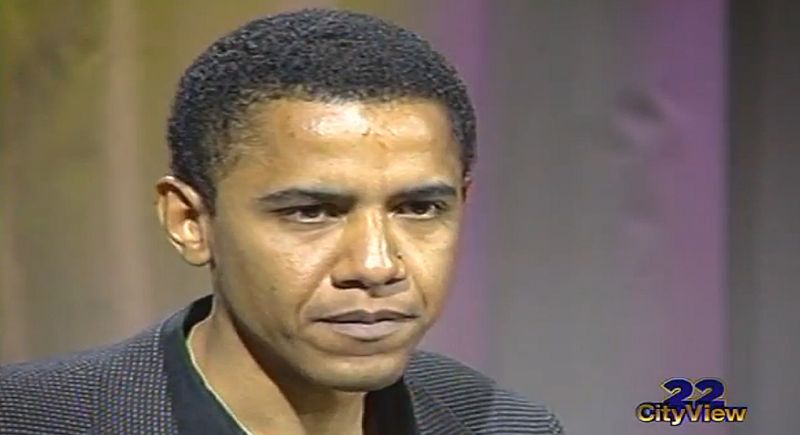 A new video has been unearthed of Barrack Obama from 1995. The video, used to promote Obama’s book Dreams from My Father, reveals insight into the man the president was before he entered the national stage. Some of which, Obama probably wishes would remain buried.

The video, which was shot at the Cambridge, Massachusetts public library, shows a younger, more inarticulate Obama than many are used to. In an hour long presentation, Obama reads from and discusses themes from his book.

Obama openly discusses his relationship with Frank Marshall Davis, a communist activist and pornographer whom the president considered his mentor. It’s an association Obama would later downplay. In fact, most references to Frank Marshall Davis were scrubbed from the later released audiobook.

Some insights into who Obama was prior to beginning his political career are revealed:

Obama isn’t a very good speaker. He stutters, and is quite obviously nervous. And he was proud of his relationships with communists like Frank Marshall Davis and Jeremiah Wright.

One thing Obama does very well in the video is read aloud. He reads an excerpt from the book for about fifteen minutes without stumbling. Long before he was known as the teleprompter president, Obama demonstrated his communicative abilities to be best when reading something prepared.

Nothing about the would-be president seems very appealing, let alone presidential. Furthermore, the disparity between Obama’s spoken language and the written word imply what many had long suspected, that Obama did not writeDreams from My Father

What we have here is the very beginnings of a manufactured man.