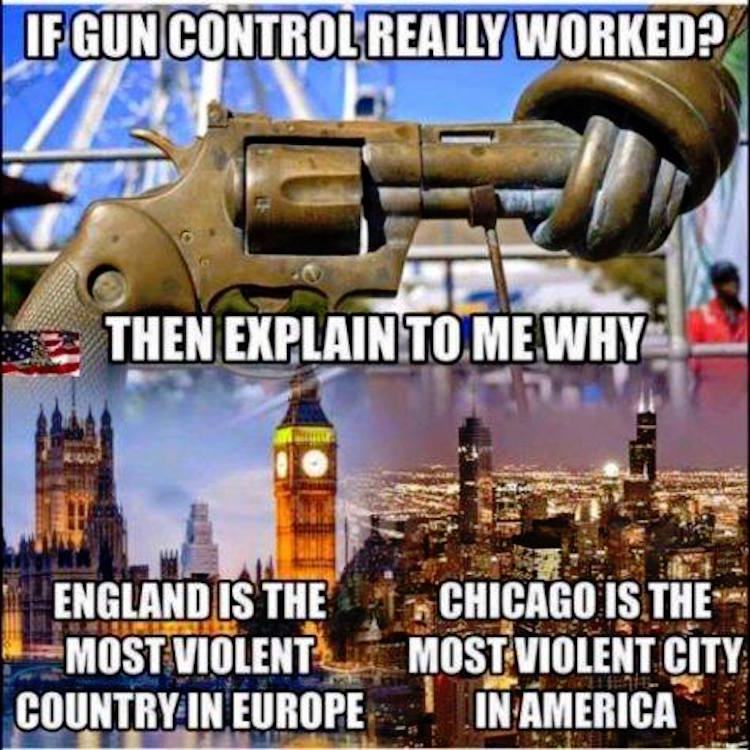 Glen Clark reported last week: Over 100 people have been shot in Chicago in the past 7 days. As of Saturday morning 26 have perished. According to the Chicago Tribune, police blame the violence on “lax gun laws and feuding gang factions.”

Chicago has the most stringent gun control laws in the country and has for some time. Mayor Rahm Emanuel, President Obama’s former Chief of Staff, believes that to solve this particular problem all he needs to do is enact more gun control laws.

I guess that’s because the gun laws on the books are working so well…?

Chicago is a war zone. Overnight from Friday to Saturday morning 10 more people were shot. Two of them died. According to the Tribune that brings the total number of people shot this year to 2,525. They compared it to last year at this time when the total was 1,725.

Black Lives Matter decries the shootings of black people by police officers, whether or not those people are committing crimes or present a danger to the police. They hold rallies and march in the streets, blocking traffic and disrupting the normal activities of the rest of the citizens, just to gain attention to their cause.

They often become violent and clash with the very police from which they want protection. “Black lives matter!” they proclaim.

Yet on this particular issue they remain completely silent. There are no marches and rallies in Chicago protesting the deaths of so many black men, women and children at the hands of senseless violence. Do all black lives matter or only a handful that further their cause? I think the answer is obvious.

President Obama decries gun violence on a regular basis and wants to enact more gun legislation. He has stated this over and over during his Presidency.

He condemns mass shootings if the perpetrator is white, pronouncing that guns are the real cause of gun violence. 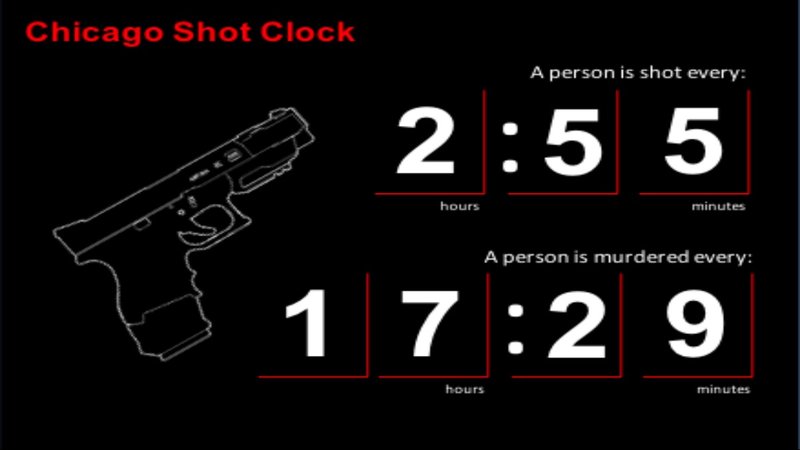 The President praises Black Lives Matter and has hosted their leaders at the White House. Yet as these shootings continue to occur in his home town, as black men are being slaughtered in record numbers, he too is completely silent.

Gun control laws do not prevent criminals from having and using guns. That has been proved beyond a shadow of a doubt in Chicago, Washington DC, Detroit, etc. Cities with the strictest gun laws tend to have the most gun violence. When law-abiding citizens cannot fight back the violence goes unchecked.

More laws do not and will not prevent bad people from committing acts of violence. It’s a fantasy that many liberals have. The real reason for President Obama’s push for more gun control is to disarm law-abiding citizens. Armed citizens are a danger to tyranny.

Given the things going on in Chicago and the silence from Obama and BLM, it would seem the answer to that is no.