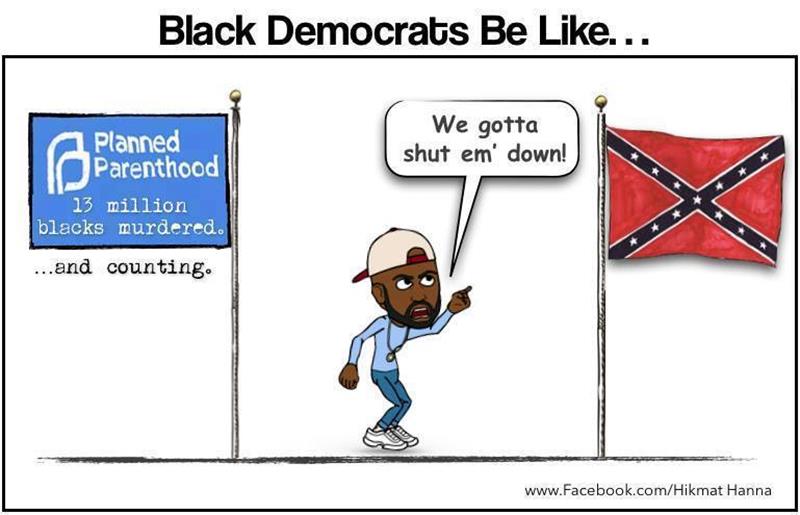 Black Americans still face a struggle in American society that some people do not recognize. While the United States is the land of opportunity for all regardless of race, many black Americans find getting out of poverty a nearly impossible task. It is an incredibly sad situation, but one which has clearly identifiable roots.

While the Left will claim that there is a massive system of racist repression throughout our society that black Americans need to overcome, the real issue is not something as simple as the legacies of slavery or Jim Crow. While those institutions are blights upon our history, those factors do not directly affect the everyday lives of black Americans in the same way that another institution does currently.

That institution, as discussed by economist Walter Williams, is the welfare state, and specifically its legacy of destruction on the family unit.

The welfare state has systematically preyed upon the family unit of black Americans since its inception. The way the system is structured financially incentivizes single parent households, and organizations like Planned Parenthood have also done their part to rip apart the fabric of the family as well.

The numbers are simple staggering, as Williams notes:

The No. 1 problem among blacks is the effects stemming from a very weak family structure. Children from fatherless homes are likelier to drop out of high school, die by suicide, have behavioral disorders, join gangs, commit crimes and end up in prison. They are also likelier to live in poverty-stricken households. But is the weak black family a legacy of slavery? In 1960, just 22 percent of black children were raised in single-parent families. Fifty years later, more than 70 percent of black children were raised in single-parent families. Here’s my question: Was the increase in single-parent black families after 1960 a legacy of slavery, or might it be a legacy of the welfare state ushered in by the War on Poverty?

The underhanded attack on the family over the past several decades has produced tangible results. While it is difficult to quantify the importance of the family, and exactly how its existence affects a child’s life, one can see the effects of is absence clearly just by looking at families that stick together vs. those who separate.

The bottom line is that the black family was stronger the first 100 years after slavery than during what will be the second 100 years.

Just let that thought sink in for a second. The black family unit was more intact during the years of systemic racism and oppression than it is now, after slavery and Jim Crow have largely been erased from our nation’s politics.

At one time, almost all black families were poor, regardless of whether one or both parents were present. Today roughly 30 percent of blacks are poor. However, two-parent black families are rarely poor. Only 8 percent of black married-couple families live in poverty. Among black families in which both the husband and wife work full time, the poverty rate is under 5 percent. Poverty in black families headed by single women is 37 percent. The undeniable truth is that neither slavery nor Jim Crow nor the harshest racism has decimated the black family the way the welfare state has.

The welfare state’s assault on the family unit has wrought devastation on black America. Children need to have both parents in their youth. Sometimes single parents can sufficiently raise a child, but on a systemic level, as a general rule, both parents need to be together, taking an active role in raising up their children.

The results of failing to do so are increased crime rates, decreased economic activity, and further breakdown of whatever semblance of the family that remains after several generations of assault.

Then there’s education. Many black 12th-graders deal with scientific problems at the level of whites in the sixth grade. They write and do math about as well as white seventh- and eighth-graders. All of this means that an employer hiring or a college admitting the typical black high school graduate is in effect hiring or admitting an eighth-grader. Thus, one should not be surprised by the outcomes.

Williams concludes by saying that the idea that slavery and segregation have created these problems only perpetuates what we currently see. The politicians who support government policies like the War on Poverty and labor laws backed by unions only hold down black Americans on the lowest rung of the socio-economic ladder; right where they can prey on them for votes, handing out false promises that will never be fulfilled.

It’s truly saddening to see an entire population of Americans being repressed in such an underhanded way, and the means of repression are not in the form of slavery or Jim Crow laws, but in the form of an attack on the last thing upon which black Americans could rely: the family. 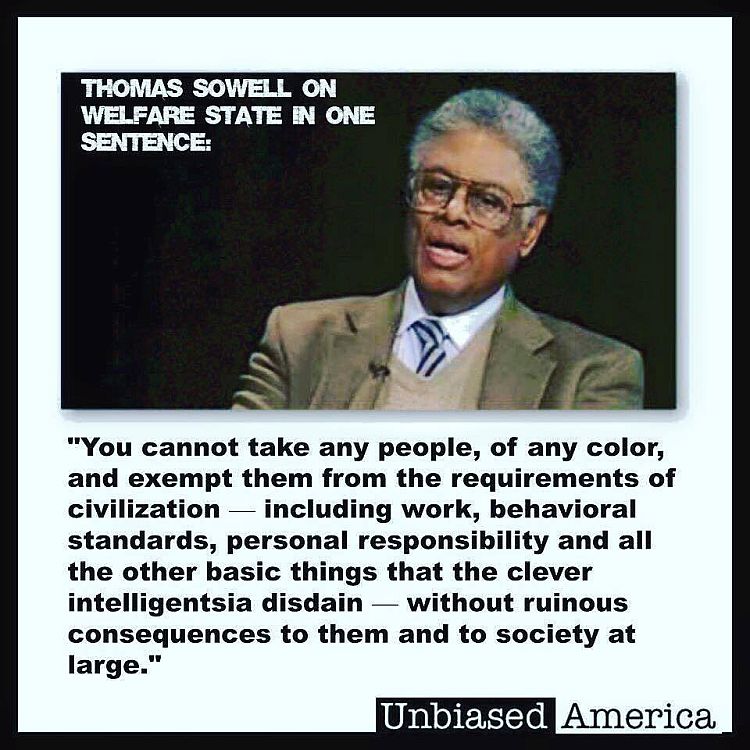