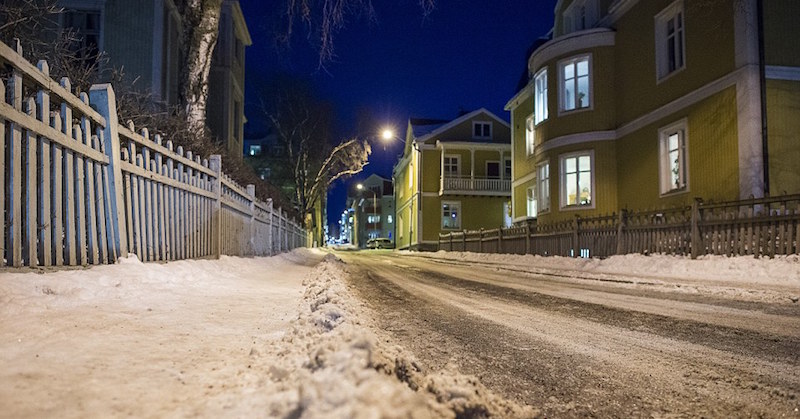 Women have been told to stay off the streets in one small Swedish town after eight separate sexual attacks were reported by Middle Eastern migrants in the last few weeks.

Two 10-year-old girls were molested and one woman”s pants were ripped off in the central Swedish town of Östersund, population 44,000. And that”s just the beginning.

The streets at night are deserted and the city is now a “no-go”zone for women at night, The Daily Mail is reporting.

Young men of “foreign origin,” the police say are attacking women and young girls in the city. The first incidents rocked this sleepy town when two 10-year-old girls were set upon and groped by a gang of men at a bus stop who threatened to rape them if they did not comply.

The very next day, a woman reported being punched in the face by a man who threatened to kill her after he made a sexual comment to her.

Five days later, a woman walking on the streets alone was attacked by three men, beaten and thrown to the ground. They held her down,forced their fingers into her mouth while saying sexual remarks to her.

And just six days ago, a woman used her martial arts skills to thwart an attempted rape after three men surrounded her, pushed her to the ground and ripped her pants off.

At least 900 immigrants are being housed in a center just six miles outside the city.

Police in Östersund, with a population of 45,000, say they have never seen anything like this before.

They took the unprecedented move of calling a press conference on Monday to warn women to stay indoors.

Stephen Jerand, the county police commissioner, admitted police in the town are struggling to cope – adding that the surge in attacks “seem unreal”.

He told MailOnline: “We called the press meeting this Monday because we have seen an accelerating development here.

“This is a small town where groups of men are attacking women during the night. We wanted to warn the public and urge women not to walk home on the streets in the central part of the town after dark, because it is not safe.

“The situation is tense. We have never experienced anything like this before. It is almost unreal. Eight attacks and just three this last weekend. This is a quiet part of Sweden where we barely have had any attacks on women and now this.”

Officers are confident they will catch the perpetrators and say victims claim their attackers were of “foreign origin”.

So far only one man, whose nationality is unknown, has been arrested.

Taleb Moafagh, 22, was caught allegedly attempting to flee to Germany on board a ferry in southern Sweden. He was detained in connection to an attack on February 26.

Other incidents include women being molested outside a nightclub, a group of women walking home being groped by a laughing mob of men, and a woman being told she would be raped and murdered. 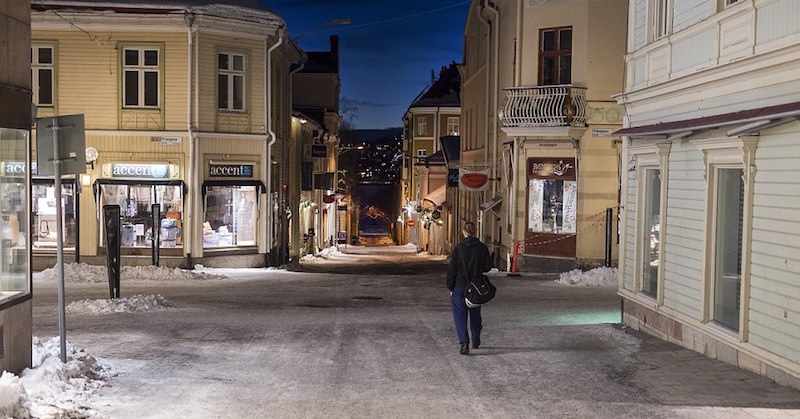 Even before this week”s warning, the women and teenagers who live in the city were too terrified to walk alone at night, telling MailOnline the situation has got “out of hand”.

Josefine Larsson, 16, told MailOnline it is “really worrying” and that she is frightened to out late on her own.

“Everyone is saying that there are immigrants responsible for this. But they are always blamed when something goes wrong,” she said.

“Hopefully the police will eventually arrest these psychopaths and then we will see who they are.”

Bodil Strömquist, also 16, said she and her friends were taking “every type of precaution” possible before leaving the house, but added it must be resolved before the situation spirals out of control.

“As a girl you have to judge every man that passes by, does he look suspicious or not, could he attack me?”

However, others said the situation had already got “out of hand”, and admitted they were “terrified” to go outside after dark.

Lovis Jonsson, 16, said: “It is terrible that women are the ones who are targeted. I feel afraid and exposed. I will never go out by myself after dark after the police warnings.”

Gry Abrahamsson, also 16, told MailOnline: “It is really creepy what is going on in town. I never thought the police in a small town like this would have to tell women to stay inside because of groups of men attacking innocent women during the night. This has gotten out of hand.

“I am scared and will never walk by myself during night time here again. Tonight I am out with a friend and we are meeting a few other friends to go to a restaurant.

“We are in contact with our parents throughout the evening. This is now the normal procedure for us.”