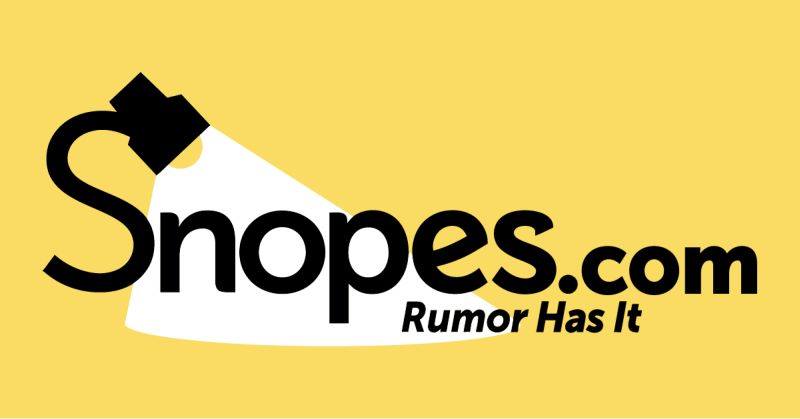 A story by the Daily Caller News Foundation Investigative Group recounted how “millions of Department of State tax dollars were sent to a charity created by Secretary of State John Kerry’s daughter,” and the fact checking website, Snopes.com heavily doctored the story to protect Kerry.

The Peace Corps awarded more than $9 million of State Department money to Dr. Vanessa Kerry’s nonprofit for a program she established in conjunction with officials from both agencies. Most of those funds were awarded while Kerry’s father was the nation’s chief diplomat.

The DCNF’s Sept. 12, 2016, article by Investigative Group reporter Ethan Barton was based entirely on multiple government documents and thorough research. The Sept. 12 story was the first of nearly a dozen Kerry revelations.

Snopes.com writer David Emery criticized TheDCNF’s reporting nearly three months later in a Thursday article, but presented no evidence that refuted TheDCNF’s findings. The so-called “investigator of urban legends, rumors, hoaxes & all manner of codswallop,” according to his Twitter bio, also made numerous false statements, starting with the first sentence.

Snopes wrote about story, heading it with the claim “Secretary of State John Kerry “funneled” taxpayer money into his daughter’s global charity,” citing the DNF article and calling it “unproven.”

The trouble is, the Daily Caller never made that claim.

The State Department funneled money from the Peace Corps to Kerry’s daughter’s foundation, not Kerry himself.

By changing the story to be about Kerry himself, Snopes can pretend it actually fact checked the article, and leave readers thinking they did too.

The Peace Corps gave Dr. Kerry’s charity – called Seed Global Health – its first State Department-funded award in 2012 while her father was the Senate Committee on Foreign Relations chairman, which oversees the State Department and the Peace Corps, TheDCNF wrote and Emery confirmed.

“However, the inference that Chairman Kerry was personally involved in the appropriation of said funds is fallacious,” Emery wrote. But The DCNF never made that claim.

Snopes.com is meant to dispel rumors. Move a few words around, and it can make a proven claim look unproven and dismiss a real news story as a rumor.

So much for fact checking.