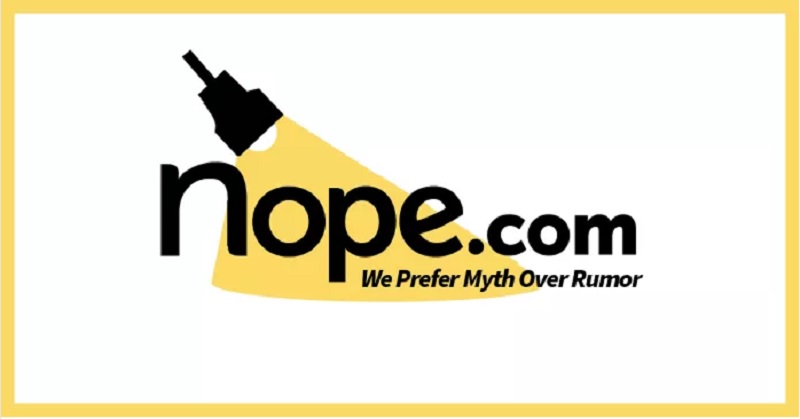 The “mythbusting” site Snopes has again turned their myopic eyes to the political world and are rushing to the defense of the Obama Administration in what is being called a “cash for hostages” deal.

What’s amazing is the lengths they will go to in protecting Barack Obama, ignoring key facts and presenting the issue as “old news.”

Back in January, the Obama Administration managed to secure the release of four American hostages from the Islamic Republic of Iran. Within days, an airlift of $400 million in foreign currency was on its way to Tehran.

The White House insists that the $400 million – the first of a total payment of $1.7 billion we’ll send – had absolutely nothing to do with securing the release of the four American hostages.

“The negotiations over the [arms deal] settlement … were completely separate from the discussions about returning our American citizens home,” Kirby said in a statement. “Not only were the two negotiations separate, they were conducted by different teams on each side.”

But according to the Wall Street Journal, Iran insisted on the money in return for release of the hostages to show they had gained something tangible.

And this: “Iranian press reports have quoted senior Iranian defense officials describing the cash as a ransom payment. The Iranian foreign ministry didn’t respond to a request for comment.”

Interestingly, in making the announcement that the agreement with Iran had been reached, Obama never disclosed the $400 million cash payment.

Also, since the cash was airlifted, the Iranian Revolutionary Guard has arrested two more Iranian-Americans, and citizens from France, the U.K. and Canada.

So those are the facts. Yet Snopes conveniently leaves out one key detail: the Iranians demanded this payment as a condition of releasing those four Americans.

Whatever the terms were before, and whether or not we were going to eventually give them this money anyway, is inconsequential. Iran demanded the money, so we gave it to them. Period. But that’s not how they see it:

“[T]he money transfer was the result of a settlement of a long-standing claim at the Iran-U.S. Claims Tribunal in The Hague around the same time that the prisoners were released.  The Tribunal was created specifically to deal with diplomatic relations between Iran and the United States.”

Snopes spends most of the article rehashing points that nobody disputes – the story was covered before, the money was owed to Iran, blah, blah, blah.

The point is that Snopes is conveniently glossing over the most salient and important news item to come out of the initial story: that Iran demanded the money in exchange for the hostages and that Iranian officials call the money a “ransom payment.”

Snopes needs to go back to debunking claims of the Loch Ness Monster, Elvis and Hitler and stop playing with the big boys.