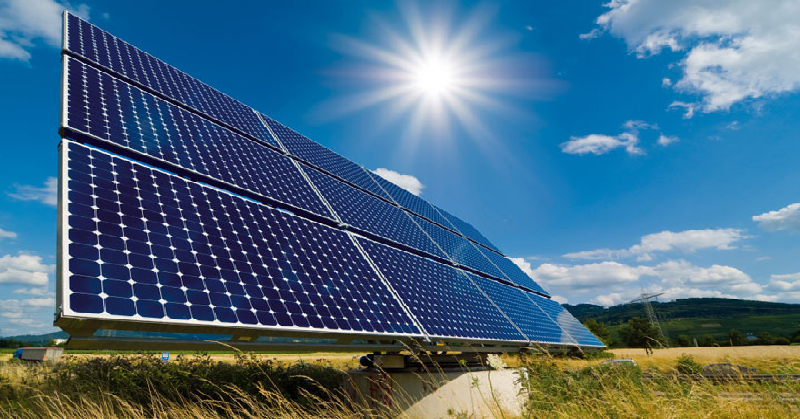 Solar energy isn’t the earth-friendly technology is touted as.

According to new research, the creation of solar panels generates 300 times more toxic waste per unit of energy generated than nuclear power.

Solar panels contain heavy metals like lead, chromium and cadmium, which are all harmful to the environment. Everybody knows about the dangers of nuclear waste – but nothing is being done to mitigate the environmental damage of solar waste.

Specifically the old panels that get thrown into a landfill.

The discarded panels are piling up all over the globe and they are decidedly not clean.

The group Environmental Progress conducted a study that showed in Japan alone, there will be 1.6 billion pounds of solar panel waste by 2040 – with no plan for safely disposing of it.

California is America’s largest producer and consumer of solar energy technology. They currently have no plan for dealing with the waste and it just heads to their burgeoning landfills.

In countries like China, India, and Ghana, communities living near e-waste dumps often burn the waste in order to salvage the valuable copper wires for resale. Since this process requires burning off the plastic, the resulting smoke contains toxic fumes that are carcinogenic and teratogenic (birth defect-causing) when inhaled, the National Review reports.

“We talk a lot about the dangers of nuclear waste, but that waste is carefully monitored, regulated, and disposed of,” says Michael Shellenberger, founder of Environmental Progress, a nonprofit that advocates for the use of nuclear energy. “But we had no idea there would be so many panels — an enormous amount — that could cause this much ecological damage.”

Solar panel waste is not handled in the same way that nuclear waste is, Dr. Jeff Terry, a professor of nuclear physics involved in energy research at the Illinois Institute of Technology, told The Daily Caller News Foundation. “There are two types of waste from solar. Waste from the manufacturing scene and waste from the solar panel after it has gone through its useful life. There are materials in those that if they leached out, it wouldn’t be good.”

Solar panels can not easily be stored in a landfill without contaminating the area and breaking the panels down for recycling is an extremely labor-intensive and unprofitable process.

“If you just throw a solar panel in a landfill, it’ll break down and cause issues,” Terry said. “People just aren’t dealing with solar waste yet and nobody has a real plan on what to do with these panels after they start coming off of houses. With nuclear, they entirely plan out how to use the waste and it is factored in.”

Of course, nuclear waste is terribly dangerous too. But with time, nuclear waste naturally decays into benign levels. It does take hundreds or thousands of years, but heavy metal waste never decays and remains toxic in the environment forever.