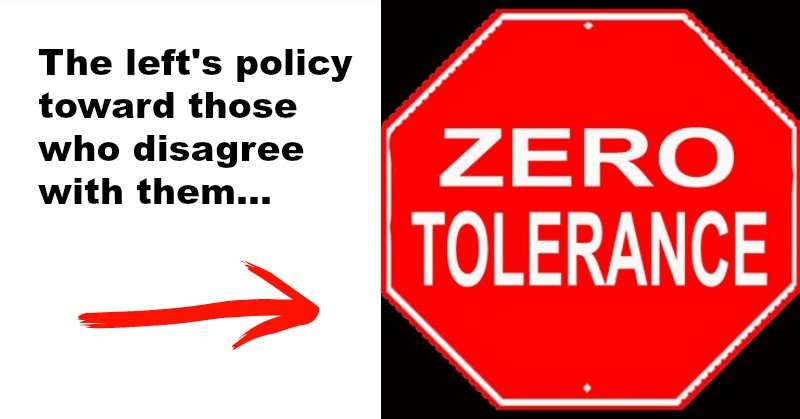 The Left’s hysterical, hateful reaction to President-elect Donald Trump’s victory has set up a dangerous climate which has led to concern about the soon to be president’s safety leading up to the inauguration on Jan. 20.

Warner Todd Huston wrote an excellent piece over at Constitution that outlined the unhinged behavior of the left in response to Trump’s win.

. The response to Trump’s win has centered on an apocalyptic narrative which has apparently led to leftists actually purchasing guns  — surely many of the same leftists who have railed against conservatives and mocked their beliefs calling us Bible and gun clingers …

Huston compared the motivations of conservatives and liberals in regard to gun purchases following an outcome, or potential outcome, that they were concerned about:

In its December 23 piece, McClatchy noted that guns sales have not slackened since November 8 and many of the customers for these guns are “non-traditional” customers, “namely, minorities, gay people and self-described liberals.”

But while it isn’t likely McClatchy understood it, there is something very dark and scary about why these liberals are arming themselves.

In its article, McClatchy noted that all during the Obama years (and indeed as many thought we’d be getting Hillary years ahead) conservatives and Republicans were arming because they feared a President Hillary would ban guns or ammunition or both. McClatchy noted that center right gun buyers were, “nervous gun rights advocates” who “reported stockpiling guns and ammunition they feared would no longer be available if the Democrat won the White House.”

But McClatchy says liberals have a far different reason to start stockpiling arms and ammunition.

“People have expressed concern that an increase in hate crimes since Trump’s election could escalate into something more violent, Smith said, and they want to be prepared,” McClatchy reported.

It’s important to note that the fake news put out by the mainstream media of the numerous hate crime hoaxes — perpetrated in many cases by Muslims and/or leftists — after Trump’s win, has clearly led, at least in part, to this hysteria.

McClatchy: Now it’s the liberals who are arming up

Fox News: Growing list of post-election ‘hate crimes’ turn out to be hoaxes

As Huston pointed out, there’s a major difference between the rationale of the two ideologies. Conservatives were concerned that their Second Amendment right would be trampled on whereas liberals are purchasing guns — despite the left regularly working to take away gun rights — to deal with an apocalyptic outlook based on a fear of those who they disagree with and better yet, those with whom they and the media have demonized.

As Huston also pointed out in his must-read piece, there have already been disturbing threats against Trump and even worse:

Indeed, we’ve already had quite a few stories of leftists arrested for threatening to kill Trump. A man in Florida was just arrested last week for posting threats to the President-Elect. In another, more frightening case, a man in New York was apprehended after murdering a UPS driver whom the murderer still insists was Donald Trump.

The left should be ashamed, if they are even capable of it, of the fake news and dangerous hysteria they have promoted.