According to California’s transportation department, the iconic “immigrant crossing” signs are obsolete.

The signs once warned people in the San Diego area to watch for illegal immigrants crossing the highways near the border.

The signs have gradually disappeared from the San Diego area.

With a yellow background, the signs depicted a silhouette of a small family rushing across the road with the word “caution” above.

According to the San Diego Union-Tribune, the last of those signs are gone, but the transportation department didn’t remove it.

San Diego no longer replaces the signs as they’re stolen or vandalized.

The “immigrant crossing” signs have become obsolete, said Cathryne Bruce-Johnson, a spokeswoman for Caltrans. The transportation department stopped replacing the signs years ago because it constructed fences along medians to deter people from running across highways.

The last sign, which stood on the side of Interstate 5 near the San Ysidro border crossing, vanished in September.

Signs are more often damaged or vandalized than stolen, according to Bruce-Johnson, but when they are taken, there isn’t much Caltrans can do to get them back.

California Highway Patrol sergeant Dan Kyle said that officers who worked during the years before the fences were added recalled responding weekly to several fatal collisions between cars and unauthorized immigrants on the highway in San Ysidro.

Fewer people have tried to sneak between ports of entry into the U.S. for most of the last two decades, further decreasing need for “immigrant crossing” signs.

Across the southwest border, the Border Patrol apprehended 1,643,679 people in fiscal 2000, according to data from the agency.

The signs have been seen in California as offensive depictions of illegal immigrants. The depiction, however, came because drivers couldn’t read the previous signs quickly enough. An older version of the sign was all text, reading “Caution watch for people crossing road.”

Since there’s little need to worry about being apprehended by border patrol, fewer people are sneaking between ports of entry.

The drop in border patrol apprehensions either insinuates that fewer people are crossing the border illegally, or California has decreased its enforcement of border laws by a whopping 83 percent.

According to a advocacy group for undocumented immigrants, migration into the U.S. has been on the decline since 2000.

Rios said he remembered clearly when the signs were installed and the deaths that were happening at the border.

“If there are no more Caltrans immigrant crossing signs left, I think it will reflect a reality about immigration that overzealous politicians fail to acknowledge when advocating for increasing border enforcement measures – that migration into the United States has been at a decline since at least the year 2000, and perhaps longer than that,” Rios said.

Are the caution signs really “obsolete?” 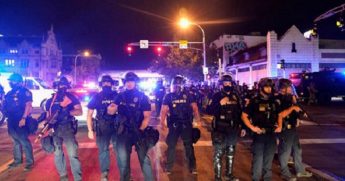