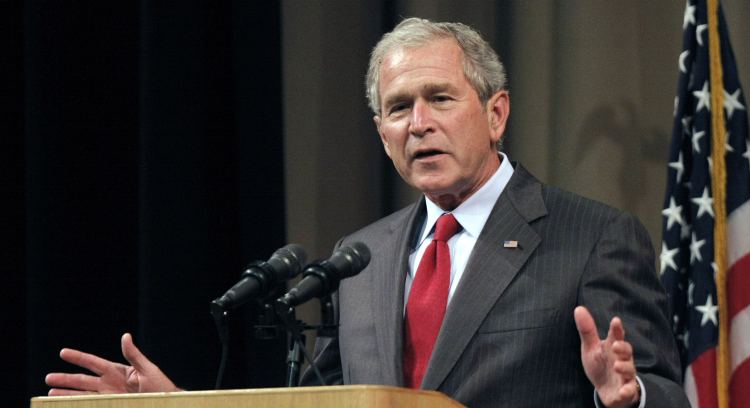 Don’t take it personally, but President Bush is smarter than almost every one of you. Were he a student here today, he would consistently get “HP” (High Pass) grades without having to work hard, and he’d get an “H” (High, the top grade) in any class where he wanted to put in the effort.

Via Keith Hennessey at KeithHennessy.com:

The new George W. Bush Presidential Center is being dedicated this week. This seems like a good time to bust a longstanding myth about our former President, my former boss.

The class went dead silent. Everyone knew that this was the true meaning of the question. Kudos to that student for asking the hard question and for framing it so politely. I had stripped away that decorum and exposed the raw nerve.

I looked hard at the 60 MBA students and said “President Bush is smarter than almost every one of you.”

I could tell they were waiting for me to break the tension, laugh, and admit I was joking.

I did not. A few shifted in their seats, then I launched into a longer answer. While it was a while ago, here is an amalgam of that answer and others I have given in similar contexts.

I am not kidding. You are quite an intelligent group. Don’t take it personally, but President Bush is smarter than almost every one of you. Were he a student here today, he would consistently get “HP” (High Pass) grades without having to work hard, and he’d get an “H” (High, the top grade) in any class where he wanted to put in the effort.

For more than six years it was my job to help educate President Bush about complex economic policy issues and to get decisions from him on impossibly hard policy choices. In meetings and in the briefing materials we gave him in advance we covered issues in far more depth than I have been discussing with you this quarter because we needed to do so for him to make decisions.

President Bush is extremely smart by any traditional standard. He’s highly analytical and was incredibly quick to be able to discern the core question he needed to answer. It was occasionally a little embarrassing when he would jump ahead of one of his Cabinet secretaries in a policy discussion and the advisor would struggle to catch up. He would sometimes force us to accelerate through policy presentations because he so quickly grasped what we were presenting.

I use words like briefing and presentation to describe our policy meetings with him, but those are inaccurate. Every meeting was a dialogue, and you had to be ready at all times to be grilled by him and to defend both your analysis and your recommendation. That was scary.

We treat Presidential speeches as if they are written by speechwriters, then handed to the President for delivery. If I could show you one experience from my time working for President Bush, it would be an editing session in the Oval with him and his speechwriters. You think that me cold-calling you is nerve-wracking? Try defending a sentence you inserted into a draft speech, with President Bush pouncing on the slightest weakness in your argument or your word choice.

In addition to his analytical speed, what most impressed me were his memory and his substantive breadth. We would sometimes have to brief him on an issue that we had last discussed with him weeks or even months before. He would remember small facts and arguments from the prior briefing and get impatient with us when we were rehashing things we had told him long ago.

And while my job involved juggling a lot of balls, I only had to worry about economic issues. In addition to all of those, at any given point in time he was making enormous decisions on Iraq and Afghanistan, on hunting al Qaeda and keeping America safe. He was making choices not just on taxes and spending and trade and energy and climate and health care and agriculture and Social Security and Medicare, but also on education and immigration, on crime and justice issues, on environmental policy and social policy and politics. Being able to handle such substantive breadth and depth, on such huge decisions, in parallel, requires not just enormous strength of character but tremendous intellectual power. President Bush has both.

On one particularly thorny policy issue on which his advisors had strong and deep disagreements, over the course of two weeks we (his senior advisors) held a series of three 90-minute meetings with the President. Shortly after the third meeting we asked for his OK to do a fourth. He said, “How about rather than doing another meeting on this, I instead tell you now what each person will say.” He then ran through half a dozen of his advisors by name and precisely detailed each one’s arguments and pointed out their flaws. (Needless to say there was no fourth meeting.) 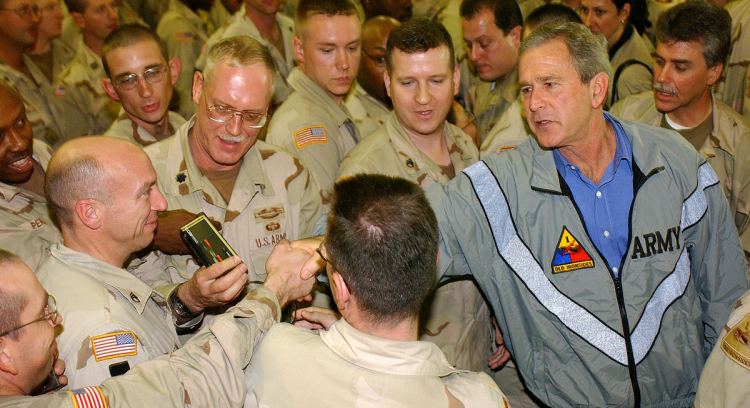 Every prominent politician has a public caricature, one drawn initially by late-night comedy joke writers and shaped heavily by the press and one’s political opponents. The caricature of President Bush is that of a good ol’ boy from Texas who is principled and tough, but just not that bright.

That caricature was reinforced by several factors:

I assume that some who read this will react automatically with disbelief and sarcasm. They think they know that President Bush is unintelligent because, after all, everyone knows that. They will assume that I am wrong, or blinded by loyalty, or lying. They are certain that they are smarter than George Bush.

I ask you simply to consider the possibility that I’m right, that he is smarter than you.

If you can, find someone who has interacted directly with him outside the public spotlight. Ask that person about President Bush’s intellect. I am confident you will hear what I heard dozens of times from CEOs after they met with him: “Gosh, I had no idea he was that smart.” 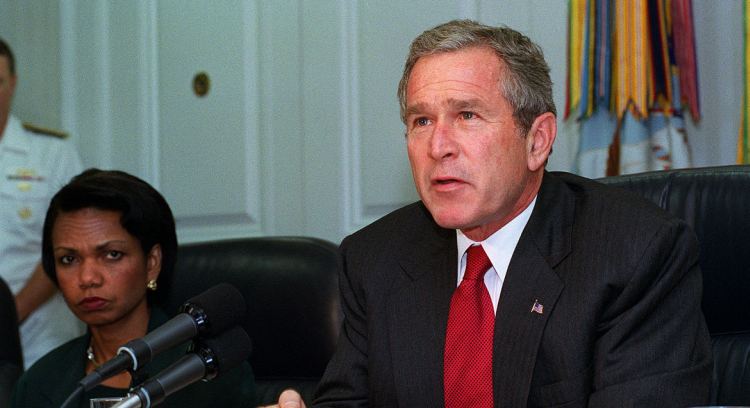 At a minimum I hope you will test your own assumptions and thinking about our former President. I offer a few questions to help that process.

And finally, if you base your view of President Bush’s intellect on a public image and caricature shaped by late night comedians, op-ed writers, TV pundits, and Twitter, is that a smart thing for you to do?

Keith Hennessey is a Lecturer at the Stanford Graduate School of Business where he teaches Economics in Government. Mr. Hennessey is an economic policy practitioner with 15 years experience advising elected officials. A forceful advocate for free enterprise, free markets, free trade, and limited government, he has operated at the intersection of economic theory and the messy realities of practical policymaking. He teaches how a bill really becomes a law, and how theory translates into policies that affect the shape and structure of the American economy.