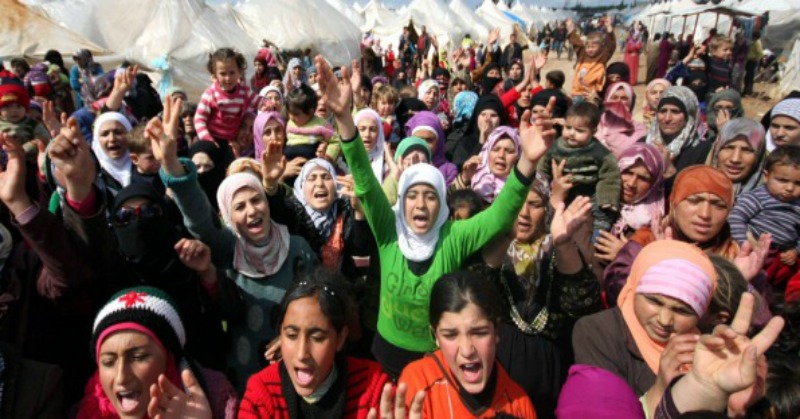 State Department Officials are actively trying to get as many refugees as they possibly can before Donald Trump’s executive order suspending Syrian refugee resettlement goes into effect Thursday.

The government bureaucrats are working with volunteer resettlement agencies to test the new President’s resolve on his executive order.

These non-profits include Catholic Charities, the Committee For Refugees and Immigrants and Lutheran Immigration and Refugee Service. They’re paid more than $1 billion annually to manage the resettlement of refugees from Syria and elsewhere.

Trump’s executive order is expected to be signed Thursday. It will put a temporary halt to all immigration of Syrian refugees and limit the ceiling on refugees to last year’s level.

Meanwhile, bureaucrats at the Bureau of Population, Refugees and Migration have actively been trying to get as many new refugees as possible into the program before explicitly ordered to stop by a Trump executive action.

In just the two days since the announcement of the coming executive order, the State Department has admitted a total of 1,087 refugees, bringing the fiscal year total to 31,521.

Last fiscal year, a total of 74,994 refugees were admitted. The lowest number under the Obama Administration was in 2011, when 56,400 arrived.

It is a similar story at the other federal office that manages the resettlement of refugees. The Office of Refugee Resettlement, part of the Department of Health and Human Services, takes over the initial resettlement responsibilities for refugees delivered to a location by the State Department.

Those duties include arranging for lodging, food, clothing, all paid for by the federal government, and signing the refugees up for a myriad of federal programs.

Robert Carey, the director of the Office of Refugee Resettlement appointed by President Obama, also resigned earlier this month.

Democrats in the Senate have also delayed a final confirmation vote on Dr. Tom Price, Secretary-designate for the Department of Health and Human Services.

As a consequence, the position of director of the Office of Refugee Resettlement remains vacant, and awaits the naming of a pick by the Trump team.

In the event President Trump signs an executive order temporarily banning the arrival refugees this week, as is widely expected, the language of that document will be carefully scrutinized by the bureaucrats currently running the program at the State Department and the Department of Health and Human Services, executives with the voluntary agencies, and activists who have long argued for a temporary or permanent ban on refugees.