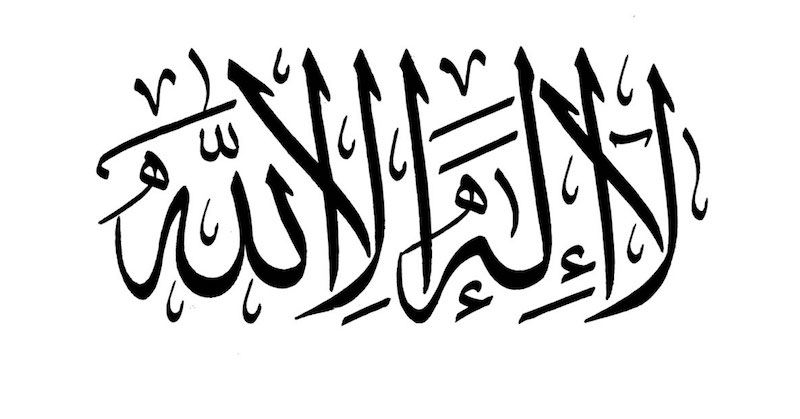 At a Staunton, Virginia, high school, students wrote out the Muslim statement of faith – “There is no got but Allah. Muhammed is the messenger of Allah.”

Riverheads High School officials are saying it’s just a coincidence that their writing assignment – to appreciate the complex calligraphy of Arabic – happened to be the statement of faith – or shadaha, Fox News is reporting. 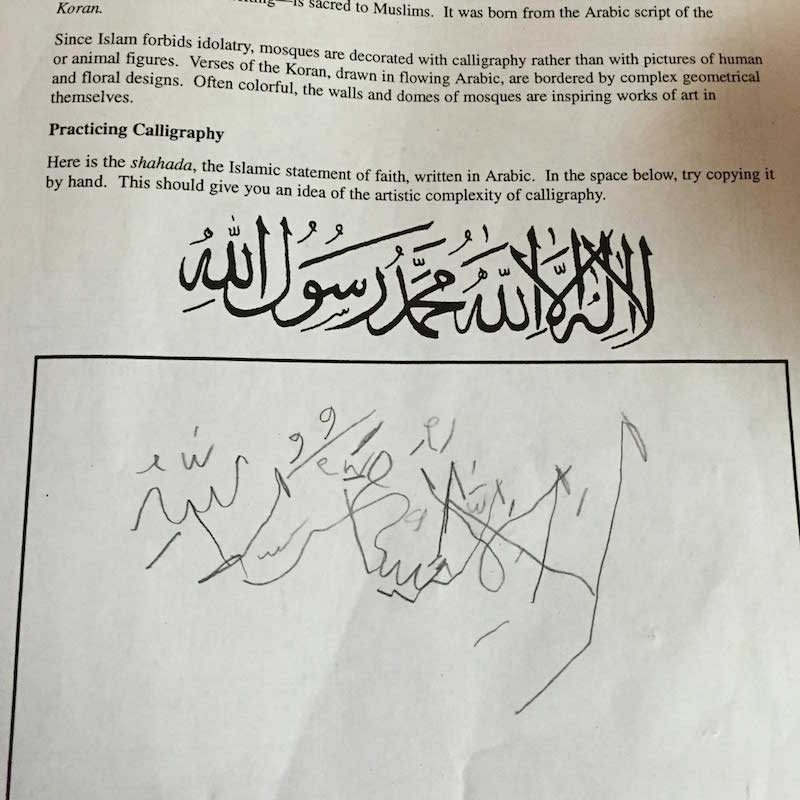 But knowing and repeating the saying is the first step in a transformation from a non-Muslim to a Muslim.

The pro-Muslim assignment took place in a “world geography” class. Students were told to write out the incantation as part of their school work.

“Neither these lessons, nor any other lesson in the world geography course, are an attempt at indoctrination to Islam or any other religion, or a request for students to renounce their own faith or profess any belief,” the district said in a statement provided to Fox News. “The statement presented as an example of the calligraphy was not translated for students, nor were students asked to translate it, recite it or otherwise adopt or pronounce it as a personal belief.”

So it’s just coincidence that the “example of the calligraphy” happened to be the Islamic statement of faith?

“They were simply asked to attempt to artistically render written Arabic in order to understand its artistic complexity,” they stated.

The district said there’s really not a controversy here.

They just wanted students to participate in “hands-on activities intended to give them a better objective understanding of the region and its culture (including its religions and to allow for interactive learning.”