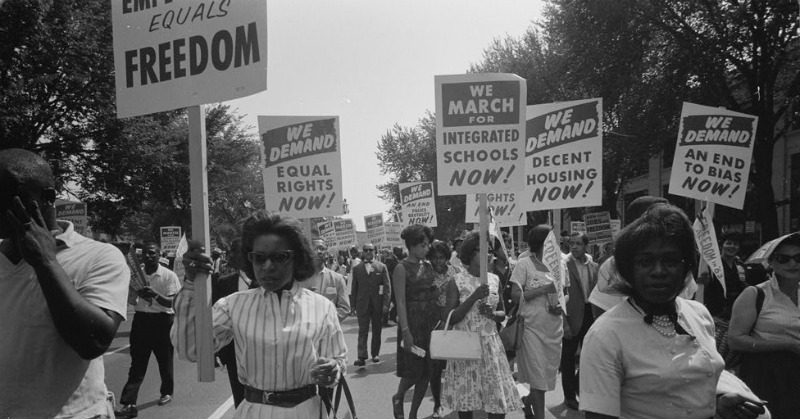 A group of racist students at the Claremont Colleges are refusing to share a room with white people.

“POC [people of color] only” will be considered for this living opportunity. “I don’t want to live with any white folks.”

Fortunately for the future of humanity, fellow student Dalia Zada (PZ ’18) pointed out that this was, of course, racist: “‘POC only?’ Maybe I’m missing something or misunderstanding your post, but how is that not a racist thing to say?”

Of course, as racist social justice warriors do, several students found a way to remain victims and erroneously explain why this clearly racist post was not racist — effectively proving that their tuition money has been wasted:

“This is directed to protect POC, not white people. Don’t see how this is racist at all…” responded AJ León (PZ ’18). Sara Roschdi (PZ ’17), a Pitzer Latino Student Union member, stated, “People of color are allowed to create safe POC only spaces. It is not reverse racism or discriminatory, it is self preservation.”

Oh of course, the obligatory “safe spaces” comment, because apparently not only are they racists, they’re also weak little flowers that can’t handle people that may not be like them. Then again, they don’t even know what the people are like, they’ve simply discriminated against them based on their skin color.

Ah for the next gem, leave it to a women’s studies major to miss the irony here:

“We don’t want to have to tiptoe around fragile white feelings in a space where we just want to relax and be comfortable,” commented Nina Lee, a Women’s Studies major. “I could live with white people, but I would be far more comfortable living with other poc.”

Next up, an “Africana Studies major,” clearly exhibiting her Ebonics fluency:

“White people always mad when they don’t feel included but at the end of the day y’all are damaging asf [as f*ck] and if a POC feels they need to protect themselves from that toxic environment THEY CAN! Quick to try to jump on a POC but you won’t call your friends out when they’re being racist asf,” noted Terriyonna Smith (PZ ’18), an Africana Studies major and Resident Assistant (RA) for the 2016-2017 year.

Another perpetual victim claimed that white people have caused “trauma” on campus:

Another Resident Assistant and Black Student Union member, Jessica Saint-Fleur (PZ ’18) added to the thread of comments, “White people have cause [sic] so much mf [motherf*cking] trauma on these campuses … why in the world would I want to live with that? Bring that into my home? A place that is supposed to be safe for me?”

Good question Jessica — if it’s so bad for you here, a predominately white country probably isn’t a great place for your delicate sensibilities. How about a one-way ticket to a country where you don’t have to deal with all those awful, traumatizing white people that you feel so uncomfortable around, yet comfortable enough to discriminate against?

In the ultimate irony, here’s the “Mission and Values” section of Pitzer College’s website:

The Mission and Values section of Pitzer College’s website states, “Intercultural Understanding enables Pitzer students to comprehend issues and events from cultural lenses beyond their own,” and adds that “[Pitzer College] supports the thoughtful exchange of ideas to increase understanding and awareness, and to work across difference without intimidation. We have the right to be heard and the responsibility to listen. Communication, even at its most vigorous, should be respectful and without intent to harm.”

Given their own “Mission and Values,” surely something will be done about these racist students who have clearly violated them.

Just kidding, that kind of stuff only applies to white people. Carry on.