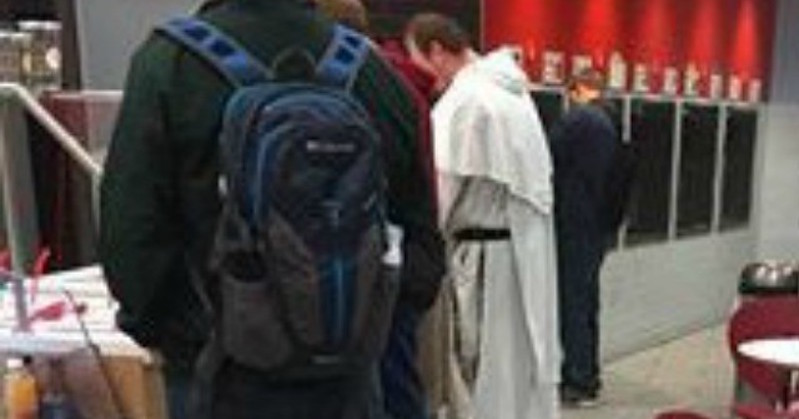 The delicate flowers at Indiana University freaked out when they saw a priest walking the campus and thought he was a KKK member.

The idiocy took place Monday, as students took to social media to express their horror that a Klansman was wandering through campus carrying a whip and dressed in white robes.

It was about 9:15 when calls to the police came in and social media soon exploded.

iu students be careful, there’s someone walking around in kkk gear with a whip.

Supposedly a member of the KKK is just strolling through campus. This obviously wouldn’t have happened if IU was in the championship game

A residence hall advisor, Ethan Gill quickly sent an e-mail to his students, warning them of the “threat” on campus, Breitbart is reporting. 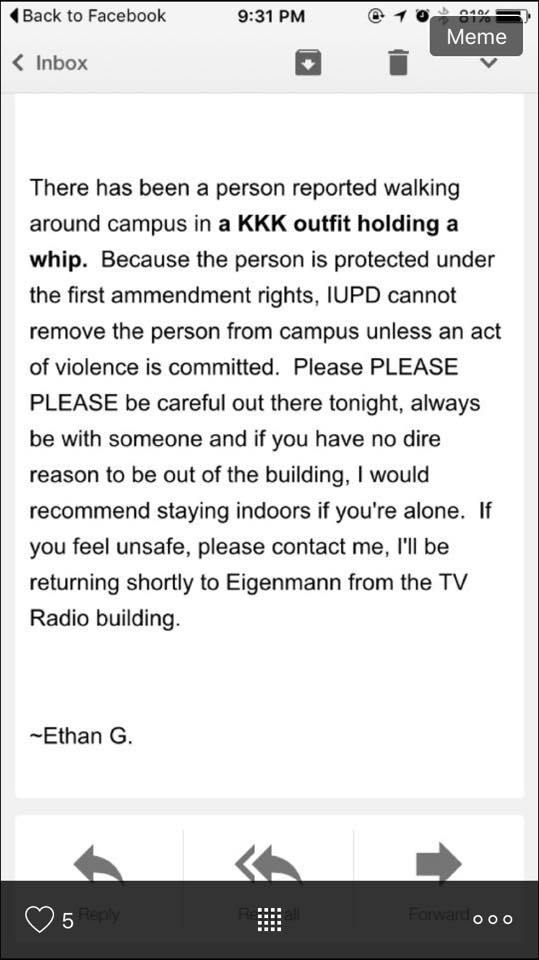 “There has been a person reported walking around campus in a KKK outfit holding a whip. Because the person is protected under first amendment rights, IUPD cannot remove this person from campus unless an act of violence is committed. Please PLEASE PLEASE be careful out there tonight, always be with someone and if you have no dire reason to be out of the building, I would recommend staying indoors if you’re alone.”

Later – of course – it turned out the “Klansman” was a priest who regularly walks through campus and prays the rosary for students. The so-called “whip” turned out to just be the priest’s rope-like belt.

Of course, rather than focus on the facts – There was NO KLANSMAN – Gill decided to focus on the feelings of the students, claiming they were totally right to be terrified.

“Now, I get it why a person would be scared. There in fact HAVE been klansmembers [sic] on the campus spurting hate speech, but never have they been reported with a weapon. So yeah, if it was in fact a weapon and a threat, it’s a good thing to warn a friend. So when someone warns other people, we need to be cautious. However, what I’ve learned from this is to take anything with a grain of salt. In the future, I’m still sending my residents warnings of threats, crime, hate gatherings, and all that but I will wait for a confirmation. But now that there is no danger I can say: this is a hilarious miscommunication.”