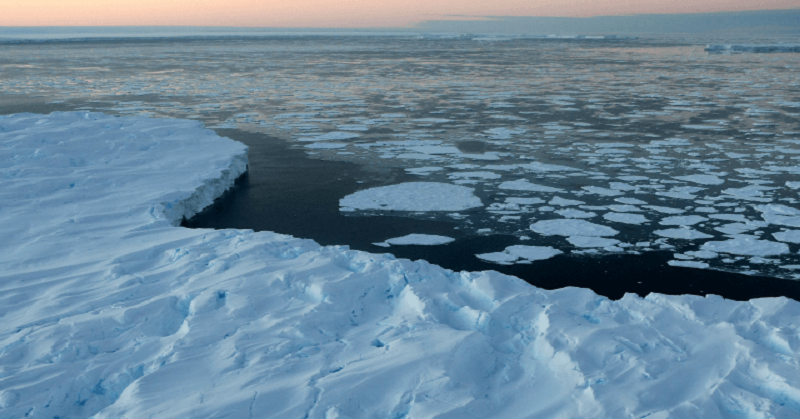 Democrats have made climate change the centerpiece of their domestic and foreign policy. Not only has the Obama administration warned us that that warming planet is a bigger threat than ISIS, he has even blamed radical Islamic terrorism on climate change.

The absurdity of this assertion would be amusing, if it weren’t coming from the White House. Activists who work in climate “science” castigate common sense Americans who are skeptical of these claims.

Bill Nye ‘The Science Guy,’ who has joined the president  on the climate change campaign, has gone so far as to recommend that climate skeptics be prosecuted as war criminals.

The West Antarctic has become yet another victim of global cooling.

According to the latest study, inNature, it has experienced

“an absence of regional warming since the late 1990s”

“The annual mean temperature has decreased at a statistically significant rate, with the most rapid cooling during the Austral summer. Temperatures have decreased as a consequence of a greater frequency of cold, east-to-southeasterly winds, resulting from more cyclonic conditions in the northern Weddell Sea associated with a strengthening mid-latitude jet. These circulation changes have also increased the advection of sea ice towards the east coast of the peninsula, amplifying their effects.”

What all this means, in plain English, is that the climate alarmists have just gone and lost one of their most cherished poster children.

This “fastest-warming place on earth” narrative has become so important to the activists who work in climate “science” that, even now, they can’t quite bring themselves to admit the devastating significance of this latest study.

And that includes the people who actually wrote it. That’s why – rather amusingly – they actually begin the abstract of their Nature study by pretending it’s business as usual.

Since the 1950s, research stations on the Antarctic Peninsula have recorded some of the largest increases in near-surface air temperature in the Southern Hemisphere1. This warming has contributed to the regional retreat of glaciers2, disintegration of floating ice shelves3 and a ‘greening’ through the expansion in range of various flora4. Several interlinked processes have been suggested as contributing to the warming, including stratospheric ozone depletion5, local sea-ice loss6, an increase in westerly winds5, 7, and changes in the strength and location of low–high-latitude atmospheric teleconnections.

You’d never guess from that intro, would you that this wasn’t yet another study demonstrating the impact of “global warming” in Antarctica?

Fluctuations like this show that the Democrats are wrong about emergency level global warming.

Anytime the weather deviates from exactly average, it’s because of “Global-Climate-Warming-Cooling-Change” which you can’t spell without “capitalism”—uh—I mean Co2.

Scientists and politicians who perpetrate this global warming scam need of crash courses in geology, logic and the philosophy of science.

It’s going to get colder… vote for me and I will save you!

It’s going to get hotter… vote for me and I will save you!

We need to stop electing these global warming fanatics who believe the only “right temperatures” are ones in which human beings are comfortable.

Global warming/climate change alarmists are undeterred by facts getting in the way of their theories and agendas. The same can be said for practically every Leftist cause.

“The moment a person forms a theory, his imagination sees in every object only the traits which favor that theory.” -Thomas Jefferson

Climate change has been going on for millions of years — long before humans existed on this planet.  While they’re at it, liberal climate fanatics might as well blame humans for volcanic eruptions, various types of solar influences, and atmosphere-ocean oscillations.

Let’s not forget, the world’s top destroyer of the environment is not the car, or the plane, or even Republicans: it’s cow farts.