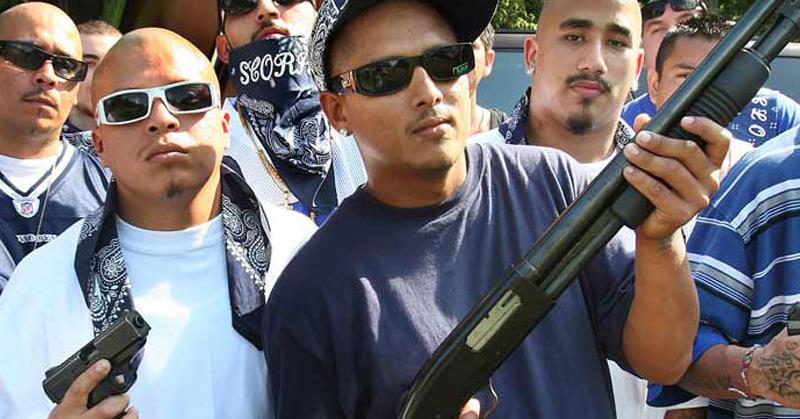 An investigation by a Chicago news station has revealed that thousands of guns have been illegally obtained by the city’s criminals through the ages-ol’ tradition of train robbery.

This stunning tactic works because to reach their destination, trains must “pass through some of Chicago’s roughest neighborhoods,” according to station WGN, which added that unfortunately, these paths can take up to a full day to traverse:

It is a slow and meandering path to pass through the city, sometimes taking a full day to move through, says Senator Emil Jones III. During some of that time Jones says, “Trains are sitting in high-crime neighborhoods. It’s just a potential target to get broken into.”

And being broken into is exactly what has happened to dozens upon dozens of trains. In the past five years, in fact, trains passing through Chicago have reportedly been hit more than 400 times. And in a number of those robberies, the goodies obtained were weapons.

As recently as late November, half a dozen semi-automatic rifles and 27 handguns were reportedly stolen from a rail car stationed in downtown Chicago, as reported by WBBM.

“There’s no city like Chicago where every major railroad comes together,” Joseph Schwieterman, a transportation expert and DePaul University professor, remarked at the time. “You have dozens of interfaces — that means small yards spread around town that creates some of these vulnerabilities.”

He added that perpetrators of such crimes are incentivized “to get rid of the merchandise as soon as possible because it’s traceable,” which is why and how they invariably wind up on the streets and in the hands of criminals.

Unlike in the movies, however, these train robberies are in no way glamorous or even all that dangerous. More often than not, they involve criminals simply using bolt cutters to penetrate the train’s interior while it is at rest — after which they just take what they want.

The question remains — what should we do about this? The best option would be to implement more stringent security methods.

Or we could do as liberals probably would and just ban all trains, though I got a feeling that strategy would NOT work!