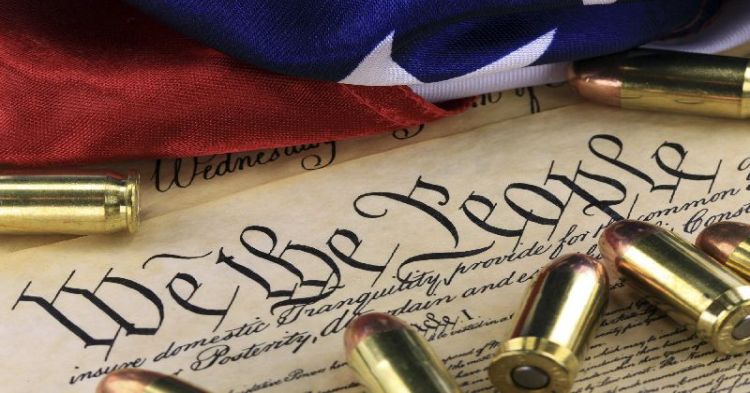 At the same time, many Conservatives claim that there is a “War on Police,” and that police deaths are at an all-time high.

However, statistics released by the FBI prove that higher legal gun ownership has led to a dramatic decrease in violent crime, and that levels of violence directed at police are at all-time lows as well.

The FBI states in a press release:

Preliminary statistics released today by the FBI show that 41 law enforcement officers were feloniously killed in the line of duty in 2015. This is a decrease of almost 20 percent when compared with the 51 officers killed in 2014. By region, 19 officers died as a result of criminal acts that occurred in the South, nine officers in the West, five officers in the Midwest, four in the Northeast, and four in Puerto Rico.

While the death of a serviceman in the line of duty is always tragic, we should not buy into the narrative that there is currently a war on police.

If anything, there always has been a war on police. Criminals and thugs are always looking for ways to thin the numbers of men and women in blue. Only now, the rate of police officers being killed in the line of duty has almost never been lower in recorded history.

Let this debunk the narrative that guns make us less safe, and that more guns in the hands of law
abiding Americans will lead to bloodbaths in the streets.

Over the past several decades, the per capita rate of legal gun ownership has skyrocketed, and the crime rate has plummeted. This isn’t just according to pro-gun websites, this is from the FBI itself.

As more states recognize the right to bear arms, and remove unconstitutional restrictions, Americans exercise that right more, and are thus able to stop and prevent crime.