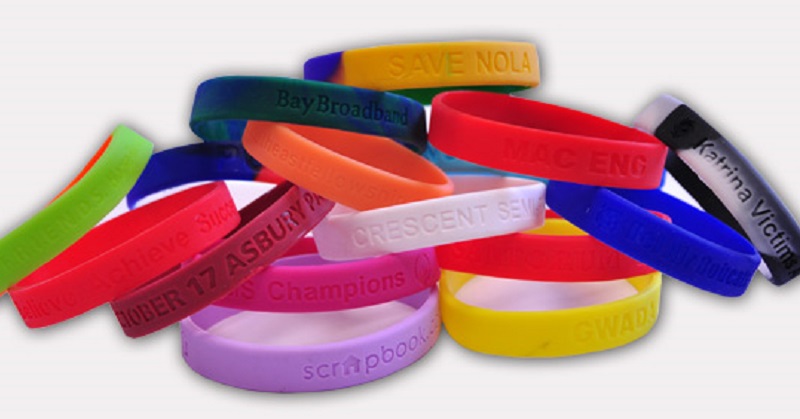 Police in Sweden have come up with a sure-fire way to stop Middle Eastern refugees from raping local women: wristbands that read “Don’t Touch Me.”

In a press release announcing the idiotic attempt to stem the flood of women reporting being sexually assaulted, the national police announced that “groping is a crime.”

“No one should have to accept sexual molestation. So do not grope. And if you are groped, report it to the police,” said Chief Dan Eliasson, Brietbart is reporting.

The press release announced that police intend to equip young women with wristbands with the slogan “don’t touch me”. This will happen over the summer, at festivals and other events for young people. “By wearing these wristbands,” Sweden’s police chief said, “young women will be able to make a stand.”

Notwithstanding the fact that most men bent on raping a woman aren’t going to be dissuaded by a silicone bracelet, since the surge in reports is due to Middle Eastern perpetrators, they’re unlikely to be able to read the bracelets anyway – which are written in Swedish.

Another super-cool advantage of wearing the bracelets – besides clearly providing a shroud of protection from rapists – is that it can “draw attention to the issue of sexual assault and urge those affected to report.”

A Swedish police report released last month noted that the country had the worst rates of sexual violence against women in Europe. The report acknowledged migrants were responsible for the bulk of the problem but the police were accused of making excuses for the perpetrators.

Despite rape, sexual harassment and sexual assault being commonplace in many Muslim countries where these refugees originate, Swedish officials continue to blame “Nordic alcohol culture” and “masculinity” for the rise in assaults.

For the last two years, Middle Eastern “sex gangs” have been roaming the Stockholm Music Festival. One leaked police memo indicated that “unaccompanied youth” migrants from the Middle East were responsible for most of the attacks.

Sexual assaults were reported at Swedish music festivals Arvika in 2006 and 2010, Emmaboda in 2014 and Bråvalla in 2015. Police were accused of covering up the attacks.

Breitbart London reported that Stockholm Council and festival organizers in the country knew sex attacks by migrants were endangering women, but thought it would have been “irresponsible” to speak out about the trend.