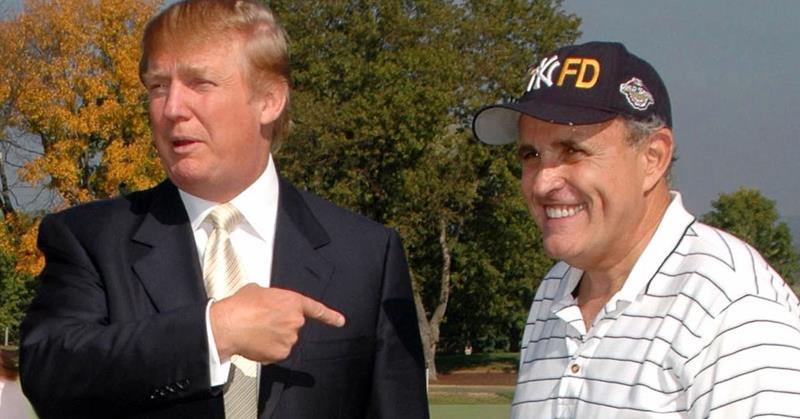 He’s the man who cleaned up New York City, taking out trash left behind by a Democrat administration. Can Rudolph Giuliani do the same for national cyber security?

That’s the hope, with an announcement today that President-elect Donald Trump has added the ex-NYC mayor to a White House group that will work to enhance cyber security in both the public and private sectors.

There had long been speculation about what role Giuliani, a staunch Trump ally, would fill in the incoming administration, and that of cyber-security consultant aligns perfectly with his past history in law enforcement — and his present endeavors. As The Daily Caller reports:

Giuliani — who currently serves as both chairman and CEO of Giuliani Partners and chairman of global cyber security practice at Greenberg Traurig — will “be sharing his expertise and insight as a trusted friend concerning private sector cyber security problems and emerging solutions developing in the private sector,” Trump’s transition team wrote in a statement.

The statement added that Giuliani and Trump “will be hosting a series of meetings with senior corporate executives from companies which have faced or are facing challenges similar to those facing the government and public entities today, such as hacking, intrusions, disruptions, manipulations, theft of data and identities, and securing information technology infrastructure.”

This may be sorely needed after the Barack Obama administration, which prioritized putting “mansquerading” women in the military and boys in girls’ bathrooms over national security. Note that while the 2016 campaign’s Wikileaks revelations made computer hacking a major story, a 2015 hack of US government computers — believed to have originated in China, according to The New York Times — exposed the personal information of 21.5 million Americans.

Moreover, there was a report last June that Russian hackers had been accessing the Democratic National Committee computer network for approximately a year and had acquired opposition research on Trump. Yet it was only later, when the Hillary Clinton campaign-killing Wikileaks emails were released, that the Democrats and their public-relations team (the US media) complained that the “Russians hacked the election.”

Of course, this is deceptive terminology and, as with a guilty-as-sin criminal smearing a snitch, is a deflection; the liberals’ real gripe is: “How dare you reveal the truth about us and steal our capacity to steal the election!”

As with yesteryear’s spying, continual cyber attacks, counterattacks and defensive measures are the stuff of all major geopolitical players. This is why it’s so dangerous electing leftists such as Obama, who prioritize quotas over quality, diversity over reality, and social engineering over security.

The Democrats, once known as the “party of the common man,” are now the party of the uncommon man (as in weird). Thankfully, in a week’s time the normal people will, once again, be in charge.