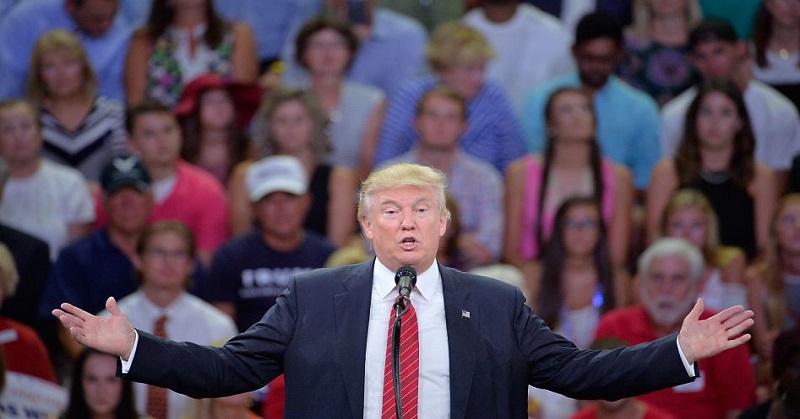 We do not have a free press in America.

We are instead dealing with a machine made up of leftist-elites that have made an alliance.

Republican presidential nominee Donald Trump declared on Saturday that he’s more interested in fighting the “crooked media” than challenging his Democratic rival Hillary Clinton, and he should be.

The mainstream media, and even entertainment networks, are blatantly and admittedly propagandizing to ensure a Clinton victory.

We learned in June that Google is working for the Clinton campaign, and is even manipulating its search engine to bury unfavorable stories about Clinton.

But Google isn’t Clinton’s only corporate ally. Apple, Twitter, Google, Instagram and even video games are all doing scandal-plagued Clinton’s bidding and colluding to defeat Trump.

I began looking into how strong the bias and censorship runs in these forums after I did an interview on the pro-Trump podcast, MAGAPod. The show’s host, Mark Hammond, was disappointed Apple wouldn’t run his show without an “explicit” warning. Hammond’s podcast didn’t contain content that would be deemed explicit under Apple’s policy, and most other shows in the News & Politics category aren’t labeled as such.

On June 18, Hammond talked to Sandra, a representative from Apple. She explained that, since the description of his show is pro-Trump, his show is explicit in nature—because the subject matter is Donald Trump. So, an Apple employee concluded the Republican presidential candidate is explicit.

iTunes has dozens of podcasts discussing Osama Bin Laden and Adolf Hitler—none of which is marked explicit. I encouraged Hammond to contact Apple again, via email to their podcast support team. Within 48 hours he received a response from “Tim,” who informed Hammond that his podcast would be updated to “clean” within 24 hours.

Over the past year, Apple twice refused to publish a satirical Clinton Emailgate game, “Capitol HillAwry,” claiming it was “offensive” and “mean spirited” even though the game’s developer, John Matze, cited in communications with Apple that the game fits the standards of Apple’s own satire policy. Apple has, however, approved dozens of games poking fun at Donald Trump—including a game called “Dump Trump,” which depicts the GOP nominee as a giant turd.

On July 25, Breitbart exposed this blatant double standard and favoritism toward Clinton. A few days after the article was released, Apple caved and published Capitol HillAwry, 15 months after Matze’s first attempt to go live.

I set up an Apple News account on my iPhone.

And if there are articles above the fold from more right-leaning sites? They paint Trump in a negative light and Hillary in a positive light. Of all the channels listed in the Apple News politics section, only two of the 16 arguably lean right—the rest are reliably left-wing.

Twitter is another culprit. The company has gotten a lot of slack for banning conservatives and Trump supporters such as Breitbart’s Milo Yiannopoulos and, most recently, rapper Azealia Banks after she came out in support of Trump. Twitter has provided vague answers as to why conservative voices have been banned while they’ve allowed other users to call for the killing of cops.

If you don’t know when the election is, no problem! Just Google it and see for yourself what comes up… 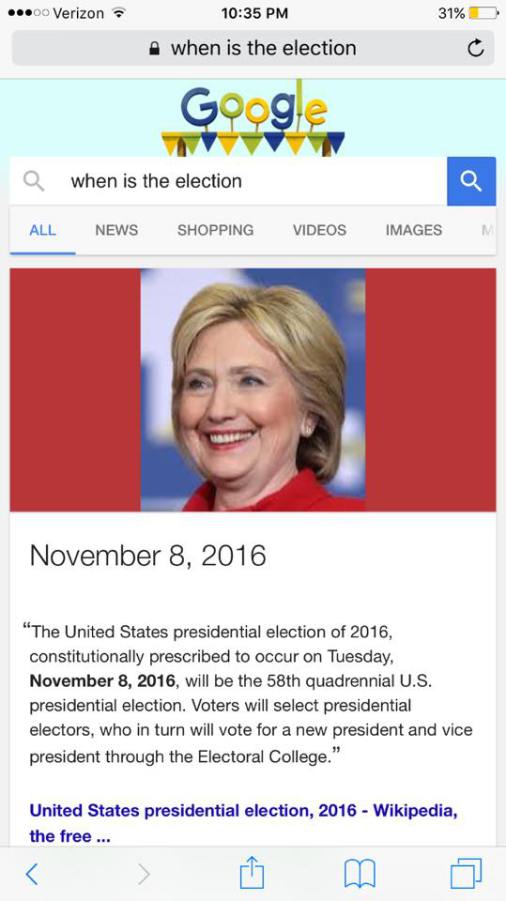 Google, before adjustments were made to the ‘when is the election’ search.

Democrats are the ones in bed with corporations. The Democrat Party is the Party of the rich that lie to the poor.

Ask yourself, what is in it for the corporations? Hundreds of billions of dollars. Hillary Clinton is sold out. If Trump gets elected they won’t get what they already paid for.

Corporate and media involvement on this level is clearly a form of fascism to overthrow the popular vote.

Conservative candidates have always had to work twice as hard as their liberal opponents to win elections because they’re fighting two opponents: the Democratic Party and the media. However, the media and technology have phenomenally expanded and advanced over the past decade.

To say the odds are stacked against Trump is a gross understatement. At this point, the American real estate tycoon is fearlessly taking on Agent Smith.

Regardless of what one thinks about him, he should be praised for being ready, willing, and able to speak against PC.

The free flow of information to the public is essential to preserving our American democracy. In addition to educating and reporting, the press serves as the public’s independent watchdog, charged with keeping governments, businesses and other organizations in check.

If you’re a voter who doesn’t like either of the major-party options in 2016, avoid electing the one who will never, ever be held accountable for her actions.

The fate of our nation is at a crossroads: Trump or tyranny.